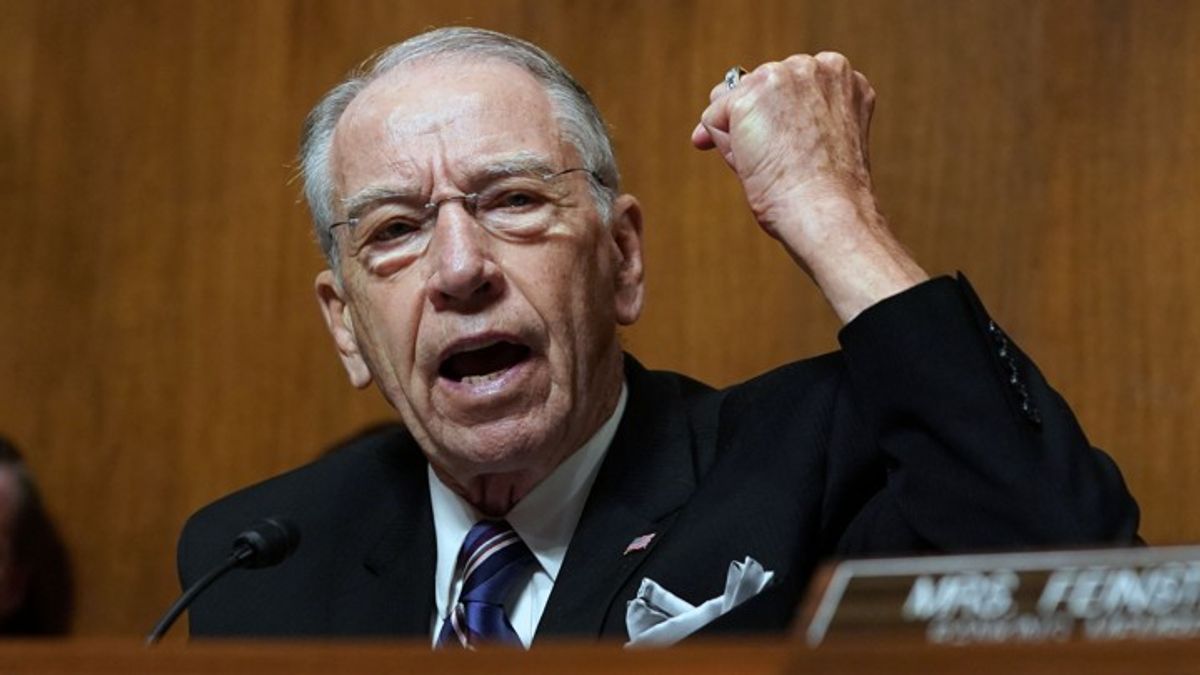 But the game is moving to Colorado, so there would be no jobs lost.

Senator Grassley is wrong. He might have been listening to an April 5 Fox News report, which claimed pulling out of Atlanta cost the city $100 million, but actual experts disagree, with one saying the amount is "a whole lot closer to zero than the $100m number Atlanta was throwing."

The Guardian reports "Georgia's $100m figure surely makes for a juicy cable-news chyron, the consensus among sports economists is these estimates are routinely exaggerated."

“The rule of thumb that I always tell everyone," economics professor Victor Matheson told The Guardian, "is just take whatever number the boosters are telling you, move the decimal one place to the left and you've probably got a pretty good guess."

Grassley is getting scorched.

Gaffe aside couldn't the state have gotten the All-Star Game back by - just spitballing here - repealing the law MLB complained about https://t.co/gXxz3JfQUc
— Dave Weigel (@daveweigel) April 20, 2021

The concession employees if someone asked for a soda at the Atlanta MLB All-Star Game pic.twitter.com/kz3GeHZhbm
— Ryan (@ryanhide) April 20, 2021

The year is 2050. Everyone in the US works for either Major League Baseball, the National Football League, or SBNation. https://t.co/JcD4X2wbb7
— Eshaan Vakil 🌹 (@hornetvtol) April 20, 2021

What cost “100 million jobs" was not moving the game, it was implementing stupid and racist voting restrictions.
— Fritznkappler (@Fritznkappler1) April 20, 2021

If this were true, it would mean that one person buying one ticket to the Major League Baseball ASG would have created 2,439 jobs. Call me crazy, but I don't think that's how the economy works? https://t.co/Xvyz2NLcEK
— J.D. Smith⭐⭐ (@DegenerateTBone) April 20, 2021

One-third of the United States will be employed by the MLB All-Star Game. Guess my offer letter just got lost in the mail. https://t.co/hzBFj102LU
— Pat_Garofalo (@Pat_Garofalo) April 20, 2021

im gonna have to assume that Chuck Grassley has not watched a baseball game in a while. 100 million jobs????? how big does he think the All-Star game is? theres like maybe 100 kids catches balls in the Outfield during the HR Derby https://t.co/1KuJI16qMT
— Gibby (@bgilbertson10) April 20, 2021