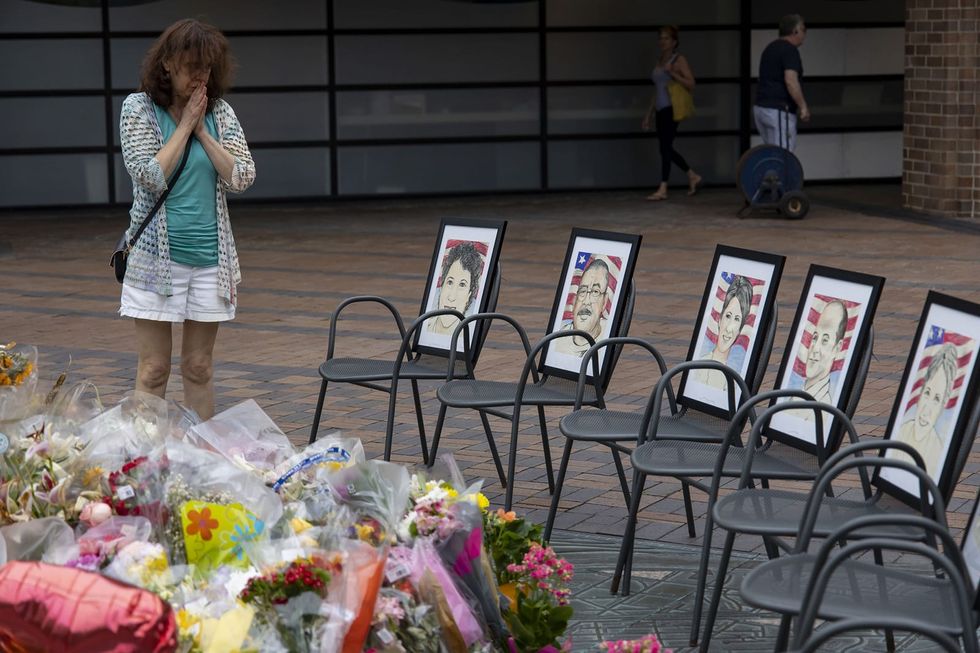 A woman pauses to visit a memorial in Port Clinton Square in Highland Park, Illinois, on July 11, 2022. - Brian Cassella/Chicago Tribune/TNS

WAUKEGAN, Ill. — Attorneys for Robert E. “Bobby” Crimo III entered a not guilty plea at his arraignment in Lake County Circuit Court on Wednesday after a grand jury indicted him on 117 felony counts for the July Fourth mass shooting in Highland Park that killed seven people and wounded dozens of others. During the hearing, Judge Victoria Rossetti informed Crimo, 21, of the range of sentences he could face, including natural life if he is convicted of first-degree murder. Manacled at the waist, wearing dark blue jail scrubs and a medical mask, Crimo answered in a clear voice that he understood....