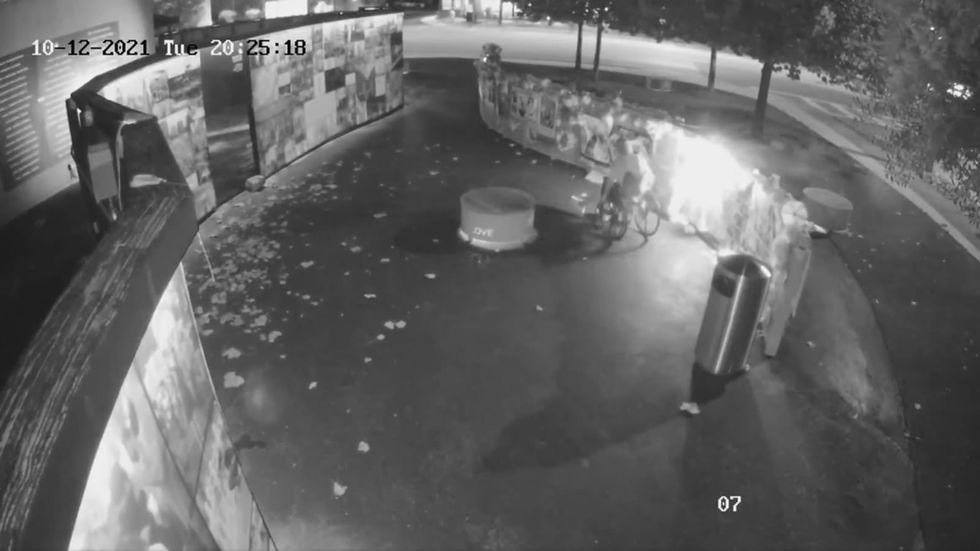 ORLANDO, Fla. — A 64-year-old old man has been arrested for allegedly setting fire to the Pulse Interim Memorial last month, the Orlando Fire Department said Tuesday. Mark Anthony Henson faces a charge of felony criminal mischief for the fire at the center of the memorial dedicated to the 49 victims of the June 2016 massacre, at 1912 South Orange Ave. in Orlando. His arrest came days after the onePULSE Foundation released grainy security video of a man using a wheelchair who could be seen sparking the blaze, before quickly leaving. Pulse survivor Orlando Torres said he helped locate the man. “...