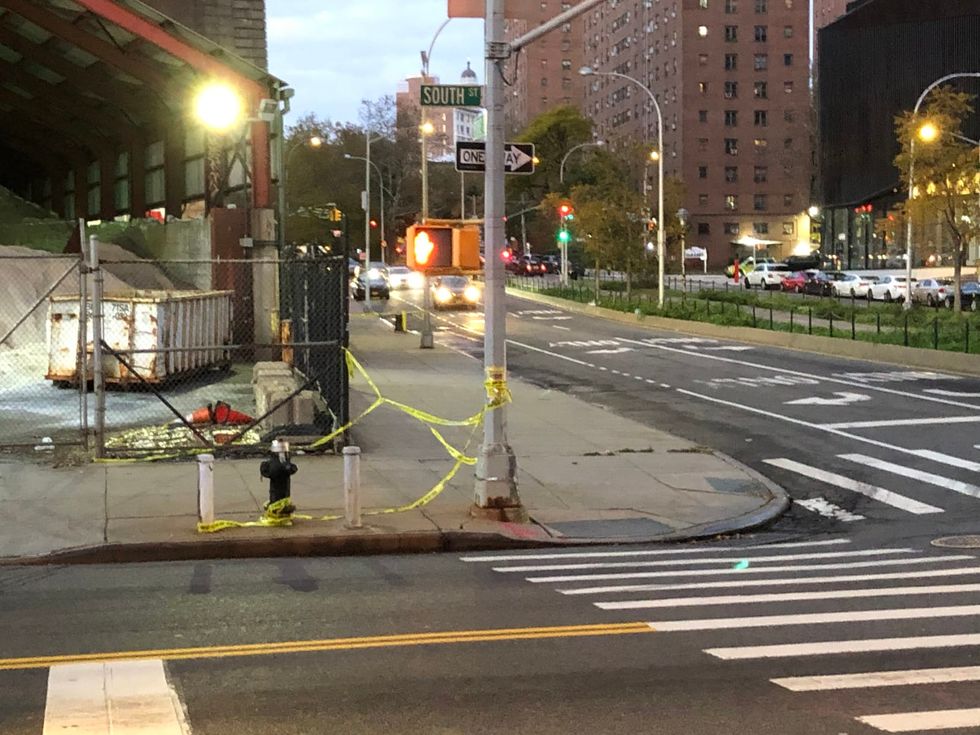 A worker painting the Manhattan Bridge plummeted to his death, landing on the SW corner of Pike Slip and South Street on Wednesday, Nov. 17, 2021, in New York. - Kerry Burke/New York Daily News/TNS

NEW YORK — Two men working on the Manhattan Bridge fell Wednesday afternoon — one plunging 100 feet to his death, officials said. The victim, who was in his 40s, was part of a 10-person crew, all using safety harnesses, who were painting on the Manhattan side of the bridge, an NYPD spokeswoman said. The crew had to unhook and reattach themselves as they changed position, and the man lost his footing in the process, police said. He fell while above land just before 2 p.m., landing by Pike Slip and South Street. The man died on the scene, cops said. “He was down on the ground. It was awful. They...

Workers at an Amazon warehouse in Bessemer, Alabama may soon get another chance to decide whether to unionize. The National Labor Relations Board has ruled that Amazon violated U.S. labor law while waging an aggressive anti-unionization campaign against warehouse workers earlier this year in Bessemer, Alabama. This comes as Amazon workers worldwide from Bangladesh to Germany campaigned on Black Friday for fairer working conditions under the banner, “Make Amazon Pay.” “If Amazon is trying to eat the world, it’s also bringing many disparate sets of workers and activists and communities together to fight against them,” says Alex Press, staff writer at Jacobin.

Amazon Workers in Alabama Get New Shot at Union After NLRB Rules Company Broke the Law in 1st Vote www.youtube.com

From guns to COVID, we’re all trying to survive the GOP’s dystopian culture of death

We now accept that 777,000 Americans are dead in the COVID pandemic and the death toll continues to climb day after day, even when we’ve had life-saving vaccines widely available for eight months.

Mehmet Oz rose to fame telling millions of viewers to hand over their money to supplement companies selling products of questionable medical value.

Now, the Garden State resident and heart surgeon is asking for money for himself to underwrite his 2022 bid for the Republican nomination for Pennsylvania’s open Senate seat