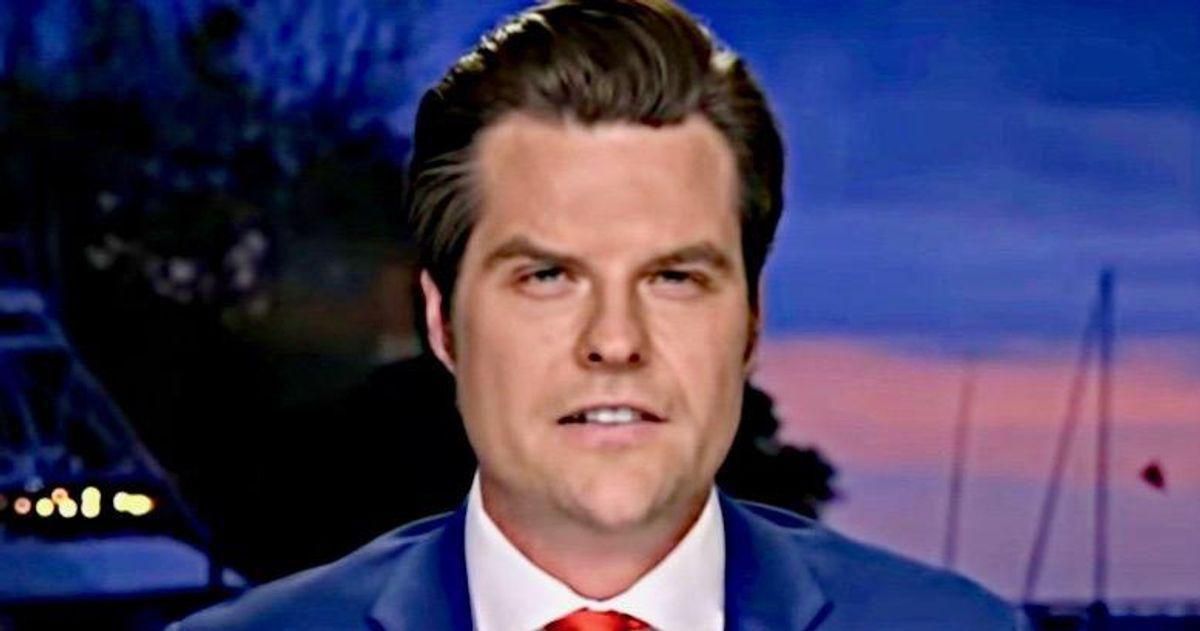 Rep. Matt Gaetz, (R-Fla.), already at the center of an ongoing federal investigation, is now being connected to a ghost candidate who ran in a Central Florida Senate race, the New York Times reports.

According to Local 10 News, the ghost candidate tied to the Florida lawmaker has been identified as Jestine Iannotti, a woman who ran in the Senate race for Central Florida's District 9. There is also a money trail that explains Iannotti's alleged connection to other shill candidates.

Iannotti appears to have been funded by the same dark money that was used to fund campaigns for two other South Florida shill candidates: Alex Rodríguez, who ran in the Senate race in District 37, and Celso Alfonso, who ran for the Senate in District 39.

All of the candidates reportedly lead back to resigned Florida Senator Frank Artiles who is being described as "the alleged mastermind and financier behind the production."

Back in October, two political action committees (PAC) were established. The two PACs were: Our Florida PAC, which backed Senate candidates Rodríguez and Alfonso, and The Truth PAC which backed Iannotti.

The next day, both PACs reported their one and only contribution: an untraceable Atlanta company Proclivity that would suddenly change in the records to the also untraceable Denver company, Grow United.

Two days after that, on Oct. 5, both PACs make their one and only expenditure: the combined half-million dollars to a printer company called Advance Impression.

When campaigning efforts began, flyers for all three candidates bared a striking resemblance. The publication notes that "campaign flyers looked identical in graphics, but for the three candidates' names, making the no-party candidates appealing to democratic voters that they were meant to confuse."

While the shill campaign, itself, is not illegal, the publication notes that dark money tied to the campaign is what makes the entire scheme illegal. Artiles and Rodríguez have both been arrested for their alleged involvement in the scheme. No charges have been filed against Gaetz, as of yet.