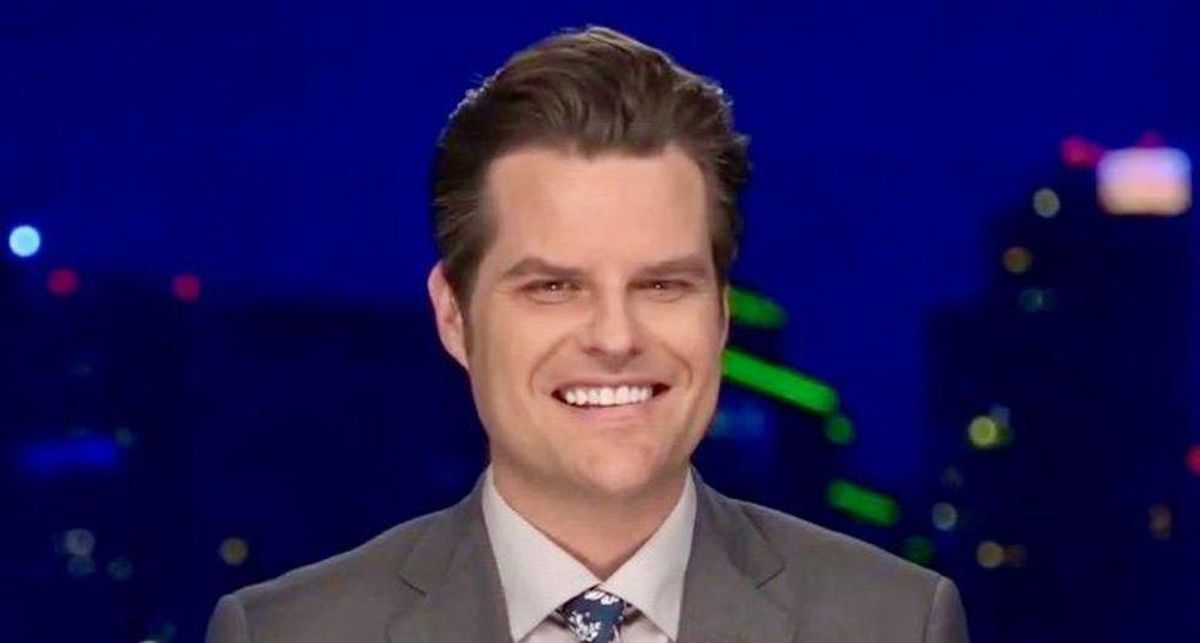 "SeekingArrangement, which helps 'sugar babies' connect online with men, released a statement because of yet another odd twist in the case: The former mistress of golfer Tiger Woods sued the website claiming it wrongfully terminated her contract as the company's spokesperson. The plaintiff, Rachel Uchitel, said she was fired because SeekingArrangement was in damage control due to the investigation into Gaetz, which is unrelated to her lawsuit," Politico reported.

"Uchitel never met or had any interactions with Gaetz. She also had no connection to Gaetz' former friend and 'wingman,' Joel Greenberg, a former Florida county tax collector who had met a 17-year-old on SeekingArrangement and admitted to prosecutors that he had sex with her in 2017," Politico explained. "A company spokesperson would not comment on how it determined Gaetz was not on SeekingArrangement."