Matt Gaetz's problems were always going to catch up with him — even with a pardon: former federal prosecutor 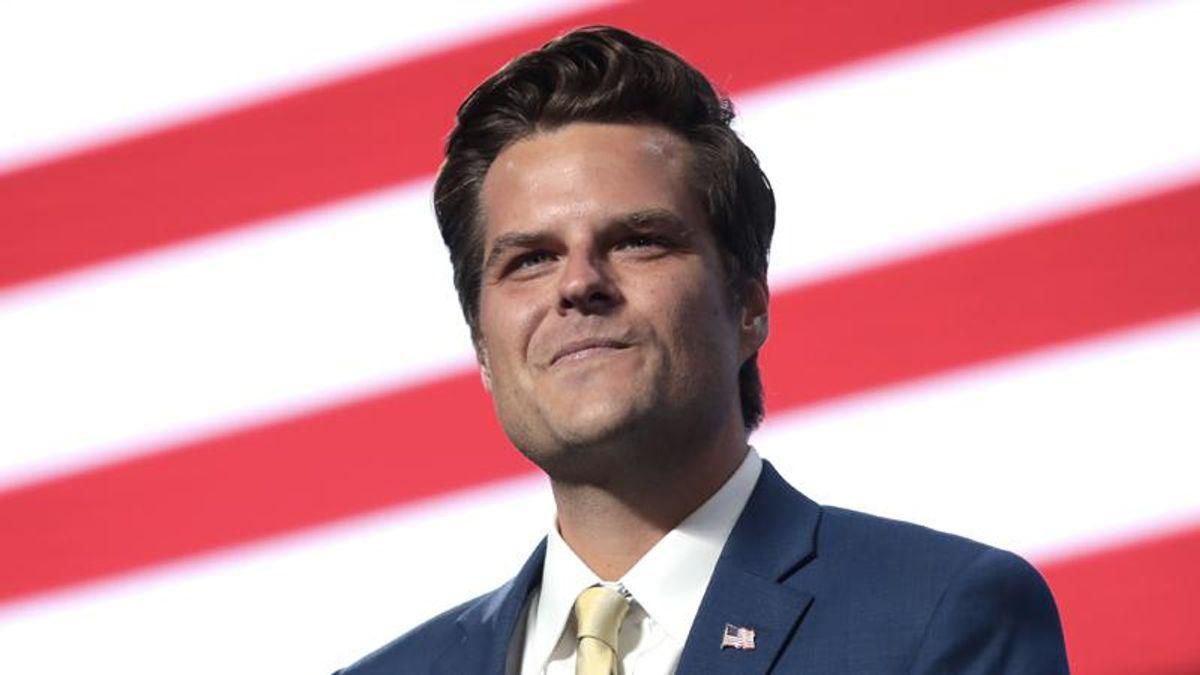 Former federal prosecutor Joyce White Vance noted that even if Rep. Matt Gaetz (R-FL) was able to get a blanket pardon from former President Donald Trump, the scandal would likely have come out anyway.

Speaking to MSNBC's Chris Jansing, Vance explained that getting a pardon means that Gaetz could have then been called to testify against former Seminole County tax collector Joel Greenberg. Giving Gaetz a pardon would prevent him from declaring his Fifth Amendment rights.

"You know, the one thing about someone who's under investigation by [Justice Department], they may not know precisely the contours of the investigation involves, but they do know what their conduct included," she explained. "So, someone in Gaetz's position would know what he could do. He presumably has the capability to figure out what among his conduct is a crime. And that may have prompted the request for the wide-ranging sort of a pardon, but I question if it's as effective as Gaetz thought it would be because as a prosecutor, if I had been confronted with that situation, if he had a pardon, I would have put him on the witness stand to testify against Greenberg and let him try to assert a privilege for state prosecutions. Or force him to the dilemma of telling the truth, acknowledging the conduct with the 17-year-old woman, or facing a future perjury charge. The wrongdoing would always catch up with him here."

See the video of her comments below: