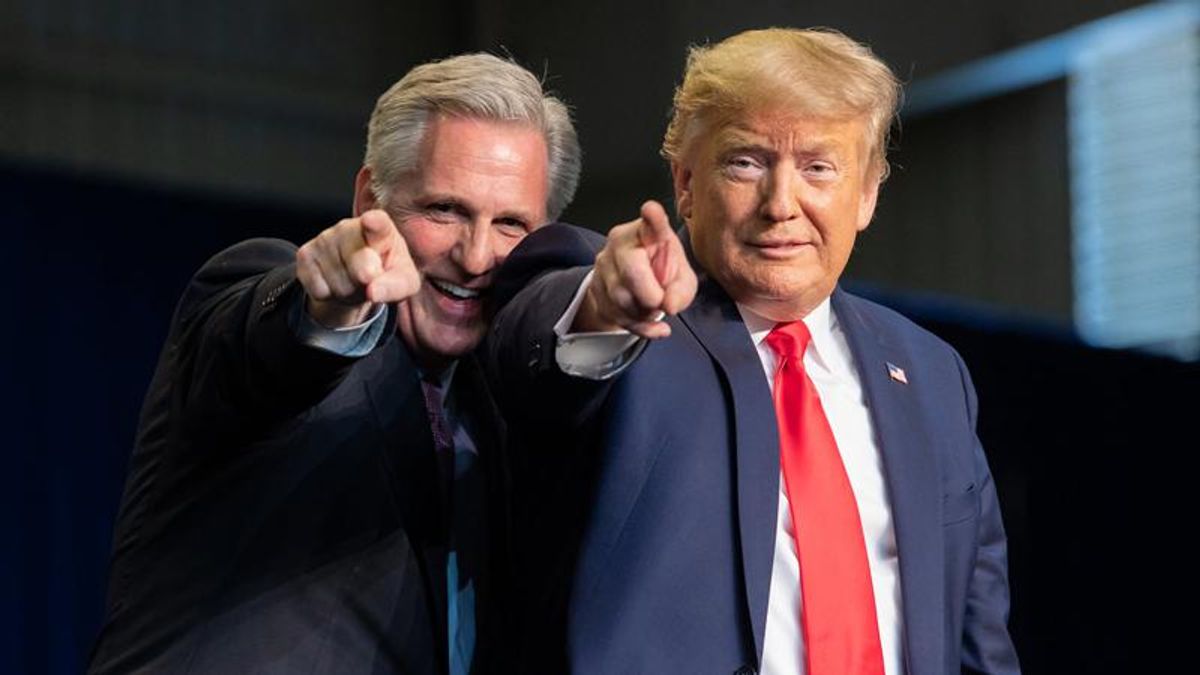 Conservative Matt Lewis thinks that the Republican Party could be making real political gains on President Joe Biden -- but the party is too obsessed with keeping former President Donald Trump happy to properly do its job.

Writing in the Daily Beast, Lewis describes House Republicans as a "suicide squad" hellbent on purging all Trump critics from its ranks.

"To pacify Trump, the GOP is on an almost suicidal quest to become a permanent minority party," Lewis writes. "This is insanity. Any rational political party concerned about winning elections would pause to ponder the consequences."

He then points to data from the 2020 election showing how college-educated women fled the GOP in the Trump era, while noting that Rep. Liz Cheney (R-WY), who is soon to be purged from the party's leadership, is the exact type of Republican capable of winning those voters back.

This is an especially bad bet, writes Lewis, because the share of non-college whites is shrinking as a percentage of the entire electorate.

"Trading college-educated suburban Republicans for non-college educated whites seems to be, in the long run, a demographic debacle," he writes. "Simply put, I'm not sure why any rational party would choose to alienate so many voters who still share many of their same traditional values."