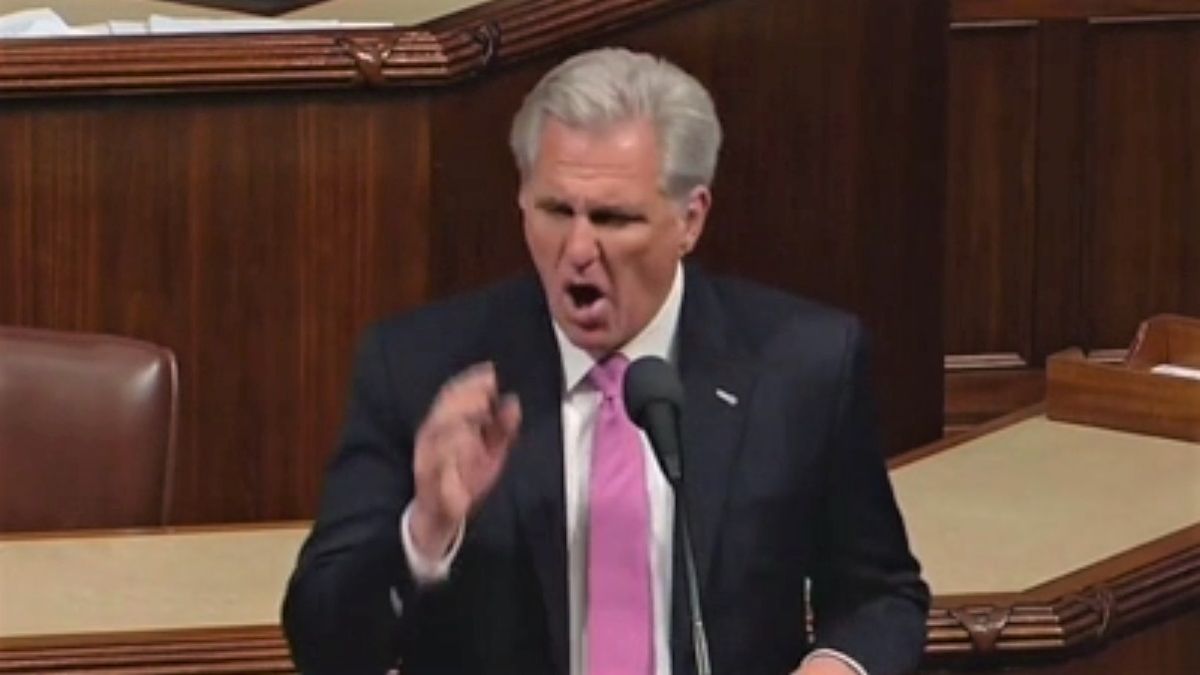 This is how McCarthy bragged about what he was about to do:

In speaking with reporters McCarthy claimed the new CDC guidance was based on a study out of India that was not "per-reviewed," he said, meaning not "peer-reviewed." (NCRM found nothing to substantiate his charges.) He also attacked Speaker Pelosi by saying, in his own unique style, "Do as your say but not as she does."

There is tremendous outrage to be seen in the responses to McCarthy's remarks today, but perhaps none greater that Congressman Tim Ryan, who blasted McCarthy as "immature and appalling."

Here's how some other are responding: