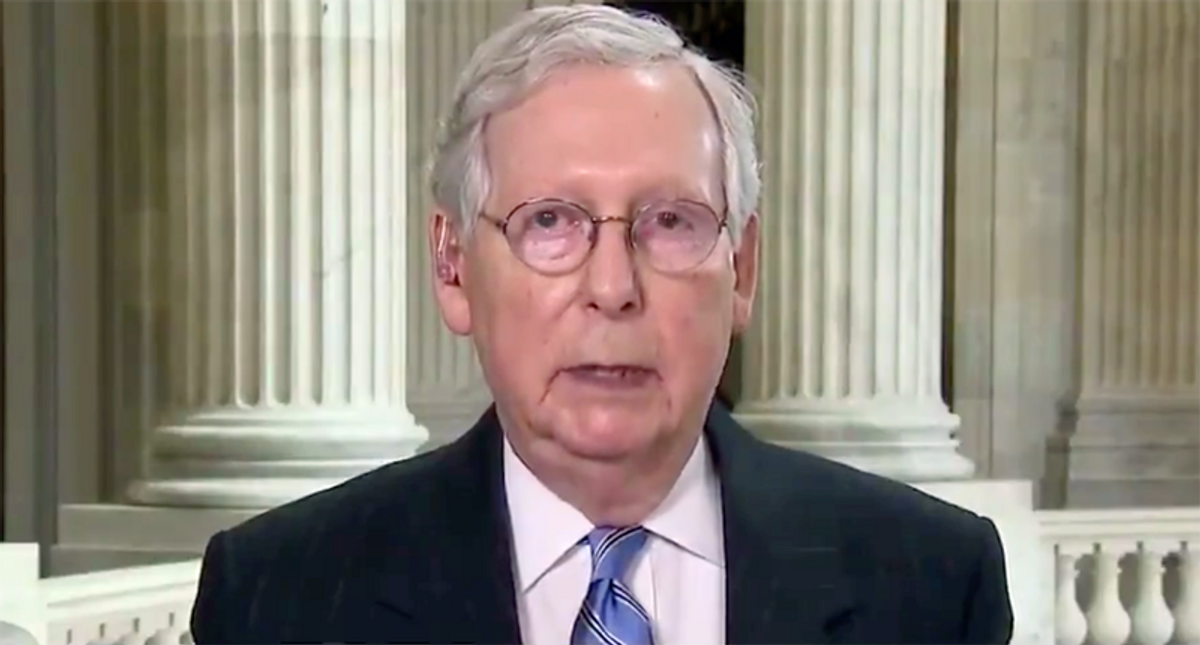 If Democrats intend to make the commission a broad investigation into everything that happened on Jan. 6 and how attackers were radicalized, McConnell says it must also include a look at hyped left-wing violence like Black Lives Matter.

"If Congress is going to attempt some broader analysis of toxic political violence across this country," McConnell said, "then in that case, we cannot have artificial cherry-picking of which terrible behavior does and does not deserve scrutiny."

"We could do something narrow that looks at the Capitol, or we could potentially do something broader to analyze the full scope of the political violence problem in this country," McConnell claimed. "We cannot land at some artificial, politicized halfway point."

Black Lives Matter protests over the course of the last several years didn't have anything to do with the Jan. 6 attack nor did those protests result in the breach of a United States federal building.

When Republicans were in control of the Senate, McConnell never held a hearing or did a senate investigation into Black Lives Matter protests.

Washington Post columnist Greg Sargent similarly revealed that House Minority Leader Kevin McCarthy (D-CA) sent Speaker Nancy Pelosi (D-CA) a letter saying that the language around the purpose of the commission must have "no inclusion of findings or other predetermined conclusions," an aide said.

"You have to have a clear purpose," the aide said. "Otherwise there's no point to having the commission."