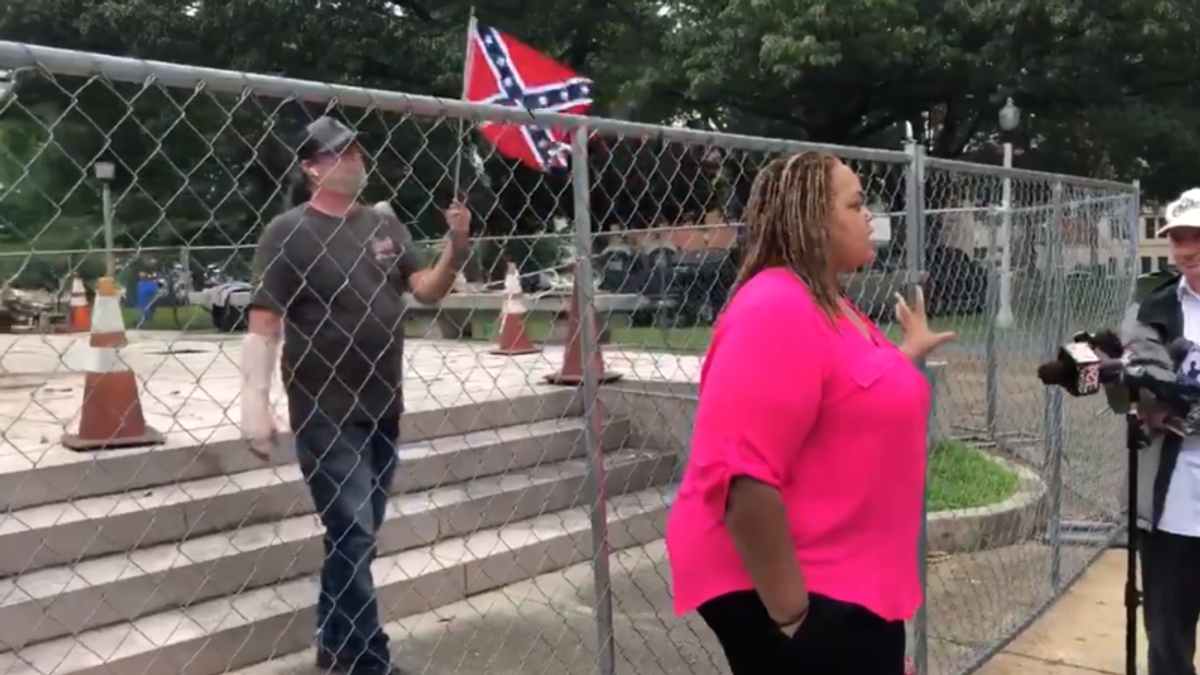 On Thursday, WREG reported that Memphis police are investigating a member of a neo-Confederate group who waved the Confederate battle banner and harassed and threatened a Black county commissioner while volunteering with the effort to remove a monument to Ku Klux Klan leader Nathan Bedford Forrest which includes his remains.

"WREG's cameras captured part of an altercation between a member of Confederate 901 and Shelby County Commissioner Tami Sawyer as the remains of Nathan Bedford Forrest are removed. The Memphis Police Department confirms to WREG the incident was reported and an investigation is underway," reported Peter Fleischer. "'I thought it was very unacceptable. As stated, and reported, that gentleman was asked to leave the premises and asked not to return to the worksite,' said Commissioner Van Turner."

Sons of Confederate Veterans had sued over the effort to remove the monument, noted local reporter Chris Luther. As a compromise, the monument is being moved to a Confederate museum, at the personal expense of pro-Confederate groups, rather than being scrapped outright.

Watch the altercation below:

Tik Toker Brookiebaby888 usually posts humorous lifestyle videos to her 73,000 followers, but earlier this month she fimed herself doing a "magnet vaccine test." Standing in front of her camera, she explained to users that she just received her COVID-19 vaccine and wanted to see if a magnet would stick to her arm. Pressing the round magnet to her deltoid, she gasps in surprise when it barely sticks.