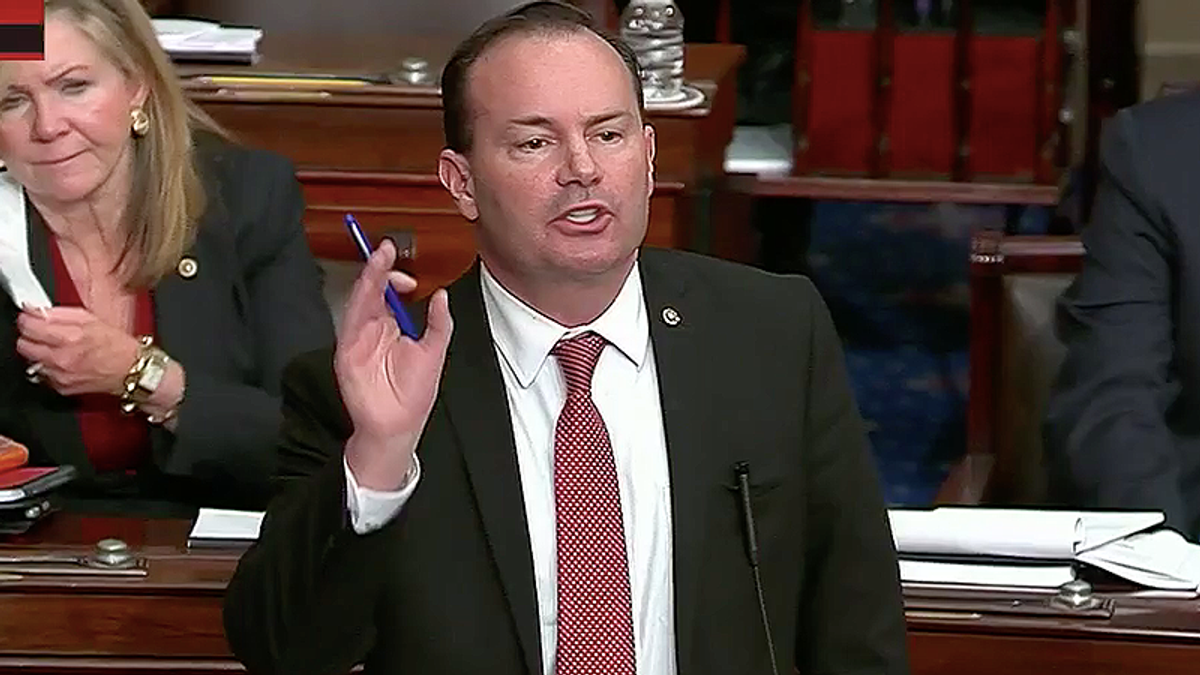 On Monday, Republican Sen. Mike Lee of Utah was among the senators who questioned Judge Merrick Garland during his confirmation hearing for U.S. attorney general. Lee tried to paint Garland as hostile to gun owners, but the centrist Democrat wasn't falling for it.

Lee told President Joe Biden's nominee, "Let's talk about policy as it relates to the 2nd Amendment briefly. Do you support universal background checks?" And the 68-year-old Garland responded, "I do think that it's very important that we be careful that people who are entitled to have guns…. get the background check that allows them to have them — and that those who are not entitled and who we are concerned about, because they are threats because they are felons or whatever reason barred by the law, that there's an opportunity to determine that they not be given a gun."

The Utah senator asked Garland if he favors "banning specific types of guns"— to which he responded, "As I'm sure you know, the president is a strong supporter of gun control, has been an advocate all of his professional life on this question. The role of the Justice Department is to advance the policy program of the administration, as long as it's consistent with the law. As I said so far, we have a little indication from the Supreme Court as to what this means; we don't have a complete indication. Where there is room under the law for the president's policies to be pursued, then I think the president is entitled to pursue them."

Lee also asked the attorney general nominee how he feels about "policies that would support holding firearms manufacturers liable for damage caused by people using firearms they produced to commit a crime."

Garland responded, "I don't have — I believe that the president may have a position on this question. I have not thought myself deeply about this. I don't think it raises a 2nd Amendment issue itself, the question of the liability protection. I have not addressed this in any way. I need to think about this considerably more."

If Garland is confirmed by the U.S. Senate, he will be the United States' first permanent U.S. attorney general since William Barr—who left that position in December when Donald Trump was still president. Jeffrey A. Rosen served as acting U.S. attorney general during the final weeks of Trump's presidency, and the current acting attorney general, Monty Wilkinson, took over when Biden and Vice President Kamala Harris were inaugurated on Jan. 20.

Garland's nomination has a lot of symbolism for Democrats, as President Barack Obama unsuccessfully nominated him for the U.S. Supreme Court after Justice Antonin Scalia's death in 2016. Then-Senate Majority Leader Mitch McConnell refused to even consider the nomination, and that seat remained vacant until Trump nominated Neil Gorsuch in 2017.