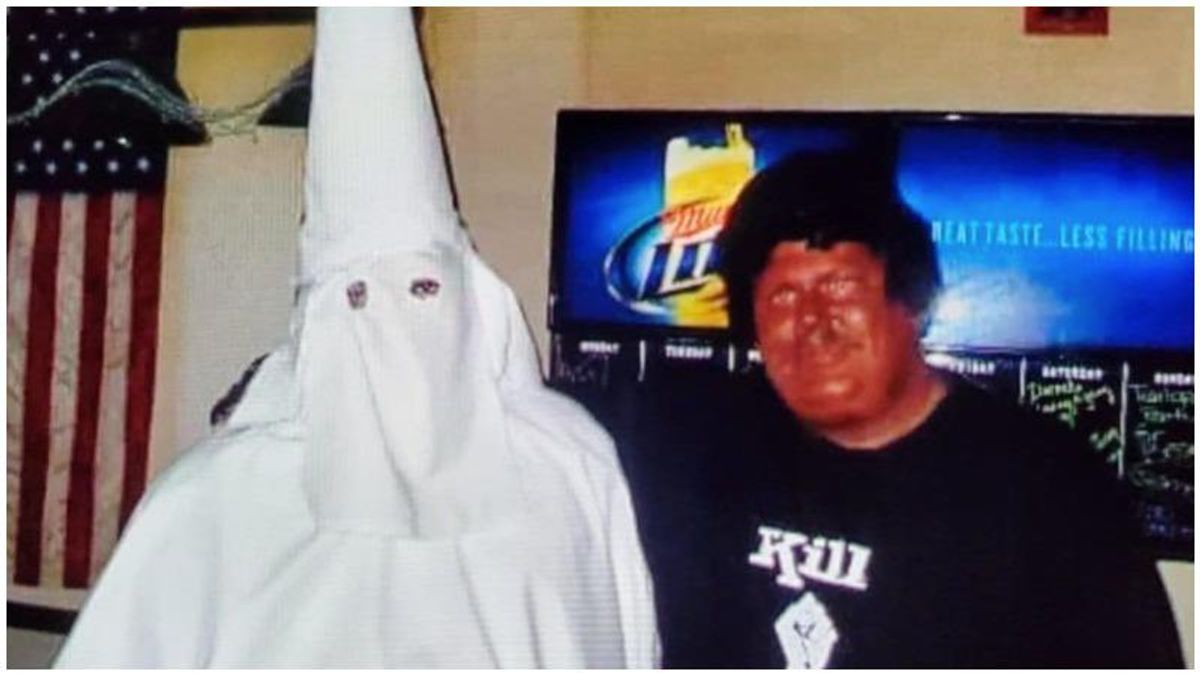 The photos, reportedly taken at a 2003 Halloween party, show Minchuk wearing blackface, a wig of black curly hair, and a sweatshirt that says, "Kill Whitey," while he stands next to someone dressed in a KKK outfit. Another photo shows a man dressed as a police officer holding a baton in the air while Minchuk poses with his hands behind his back.

According to Minchuk, the man in the KKK outfit is actually a Black friend who coordinated the costumes with him. He adds that they were reenacting a popular skit from comedian Dave Chappelle's show, which portrays a Black man who is a member of the KKK.

"We were all in our mid-twenties to early thirties at the time," he wrote on Facebook. "After having a conversation with one of my good friends about the show, we had the idea to attend a Halloween party and dress up as characters based on the show. My good friend, who is African American, went as the Black white supremacist and I went as the opposite. We thought that switching races for the party would be comedic, just like the show's skit. We were hoping to show people that, even though this is comedy, that we can all get along no matter what."

"As I got older, I realized that this idea was a poor decision, and I can see how the pictures might be viewed and questioned today," Minchuk continued. "It has come to my attention that these pictures have been circulating with obvious questions. I have no concern as to how they surfaced or who have brought them to light. I am releasing this statement to inform anyone who may have questions about these pictures, of the intent of the party costume, as well as who I am as a person."

Minchuk assured those reading his post that there were "no bad intentions."

"You have my deepest apologies for any confusion this may have caused, and I have certainly learned and grown due to this experience. ... I have to admit, this situation has really been weighing on my mind for a long time, simply because it is not who I am," he wrote.

Merrillville Town Council President Rick Bella said that a meeting will be held next week to decide what action should be taken.