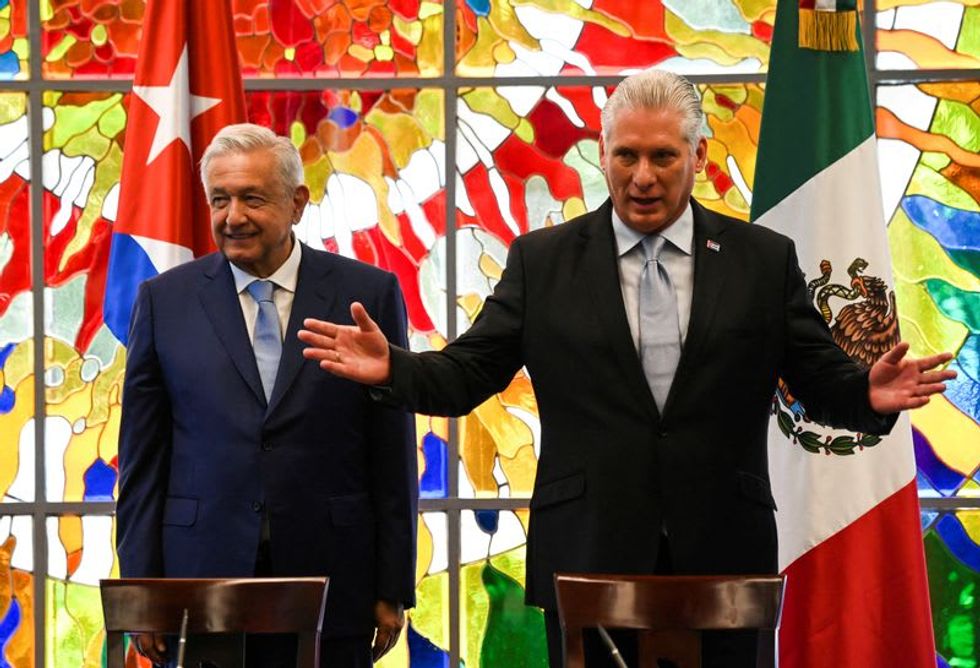 MEXICO CITY (Reuters) -Mexican President Andres Manuel Lopez Obrador on Monday lavished praise on Cuba's leader, reiterated his wish for the Caribbean island nation to be invited to the Summit of the Americas in June and said Mexico would be hiring over 500 Cuban doctors.

Lopez Obrador, who visited Cuba over the weekend as part of a regional tour of Central America and the Caribbean, said at a regular news conference that he had met with Cuban President Miguel Diaz-Canel, as well as former President Raul Castro.

"They have an incredible president. An honest man, hardworking, human, a really good person," Lopez Obrador said of Diaz-Canel, the Communist president who took office in 2019.

He again said he wants all countries in the region to receive an invitation to the upcoming U.S.-hosted Summit of the Americas, set to take place in June in Los Angeles.

The U.S. government has said Cuba, Nicaragua and Venezuelan President Nicolas Maduro's administration were unlikely to receive invitations to the summit.

Lopez Obrador also announced that Mexico will hire more than 500 Cuban doctors to help make up for a shortage of medical professionals, and that it will purchase COVID-19 vaccines from Cuba.

Cuban doctors were previously hired to work in Mexico earlier in the coronavirus pandemic, sparking criticism from members of Mexico's opposition.

"We are also going to hire doctors from Cuba who are going to come to work in our country; we made this decision because we do not have the doctors we need in the country," Lopez Obrador said.

Lopez Obrador announced in April that Mexico will vaccinate more children against COVID-19, urging global health authorities to deliver the doses it had ordered for the purpose.

Mexico will purchase vaccines from Cuba to vaccinate children as young as two years old, he said, adding, "It's given (Cuba) great results."