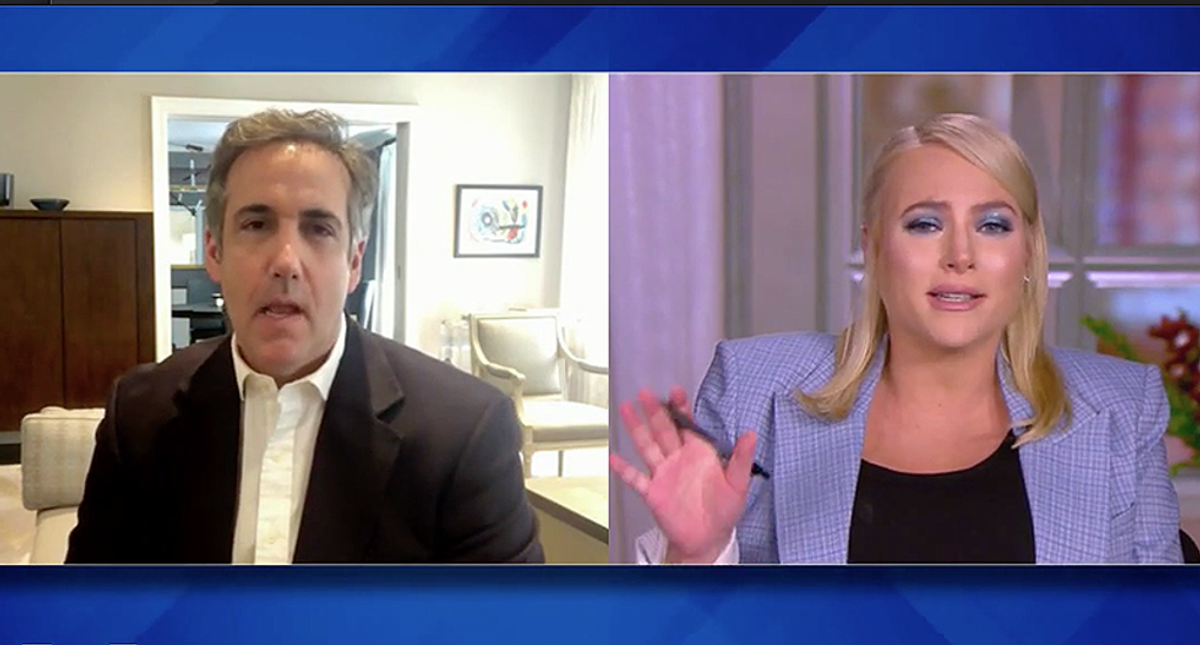 The conservative co-host, who's leaving the long-running daytime talk show at the end of the current season, demanded that Donald Trump's former personal attorney apologize to adult film actress Stormy Daniels, and Cohen told The Daily Beast's "New Abnormal" podcast that her colleagues distanced themselves from McCain's behavior.

"I wanted to just say, are you kidding me?" Cohen said. "Seriously? It's a stupid question!"

McCain immediately asked Cohen whether he owed Daniels an apology during his appearance on the show, and he agreed.

"The answer is yes, I owe her and the country an apology for what I did," he told McCain. "I also owe the first lady an apology for lying to her. But I did it all at the direction of and for the benefit of Donald J. Trump. That was part of my job and it's not something that I'm proud of."

Cohen told the podcast hosts that Joy Behar and other co-hosts later apologized to him for McCain's actions.

'You know, we're really kind of sorry about Meghan's comments," he said they told him.