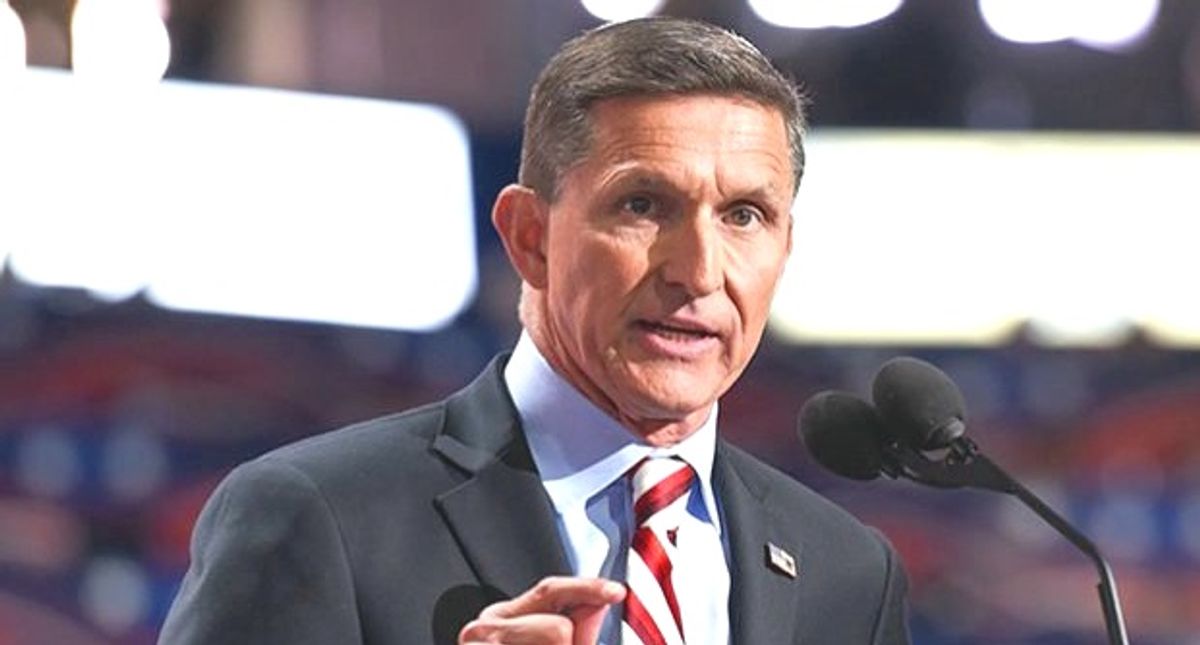 Raw Story's Ray Hartman revealed some of the specifics of retired Lt. Gen. Michael Flynn's shocking speech from the QAnon conference in Dallas where he proclaimed that he wasn't a conspiracy theorist, while also claiming that Donald Trump won the 2020 election.

But as videos are being revealed, Flynn was also captured calling for a military coup in the United States to install their own leader in Donald Trump

"I want to know why what happened in Myanmar can't happen here?" someone asked the audience as they cheered.

"No reason. I mean, it should happen," said Flynn.

At least 840 people have been killed as a result of the coup in Myanmar (formerly Burma) over the past several weeks, according to the Assistance Association for Political Prisoners. They also report over 4400 political prisoners taken into custody by those who've taken over.

The QAnon cult has been advocating for further violence after the Jan. 6 attack on the U.S. Capitol. Former federal prosecutor Glenn Kirschner expressed a concern that they will react with violence during the grand jury investigation of the Trump Organization.

It isn't the first time, Flynn noted that Trump could make a similar move after the 2020 election and prevent Biden from taking over the country.