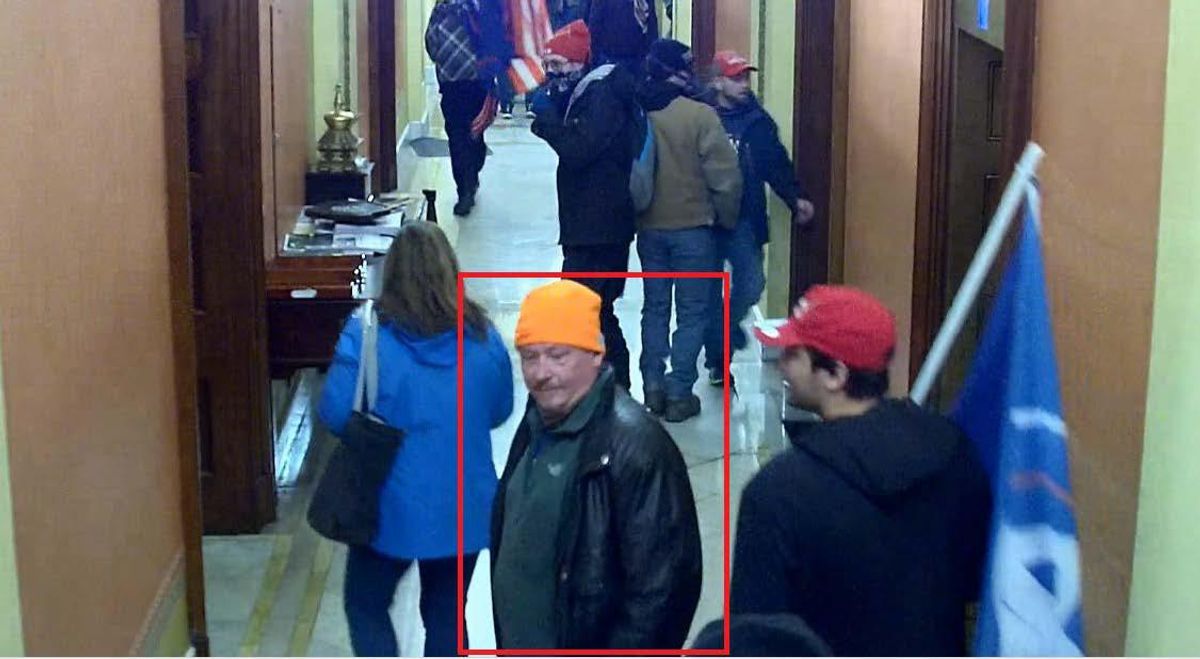 The Department of Justice's website states Timbrook has so far been charged with "knowingly entering or remaining in any restricted building or grounds without lawful authority" and "violent entry and disorderly conduct on Capitol grounds."

As noted by Huffington Post's Ryan J. Reilly, social media messages posted by Timbrook over the last three months show he was proud of storming the Capitol on behalf of former President Donald Trump, and said he had no regrets about what he did.

He also reported speaking with FBI agents about his actions at the Capitol that day.

"The agents were exemplary!" he enthused. "Respectful, courteous, direct. My chastening is forthcoming, and will undoubtedly hurt my wallet, but I feel no remorse of shame."