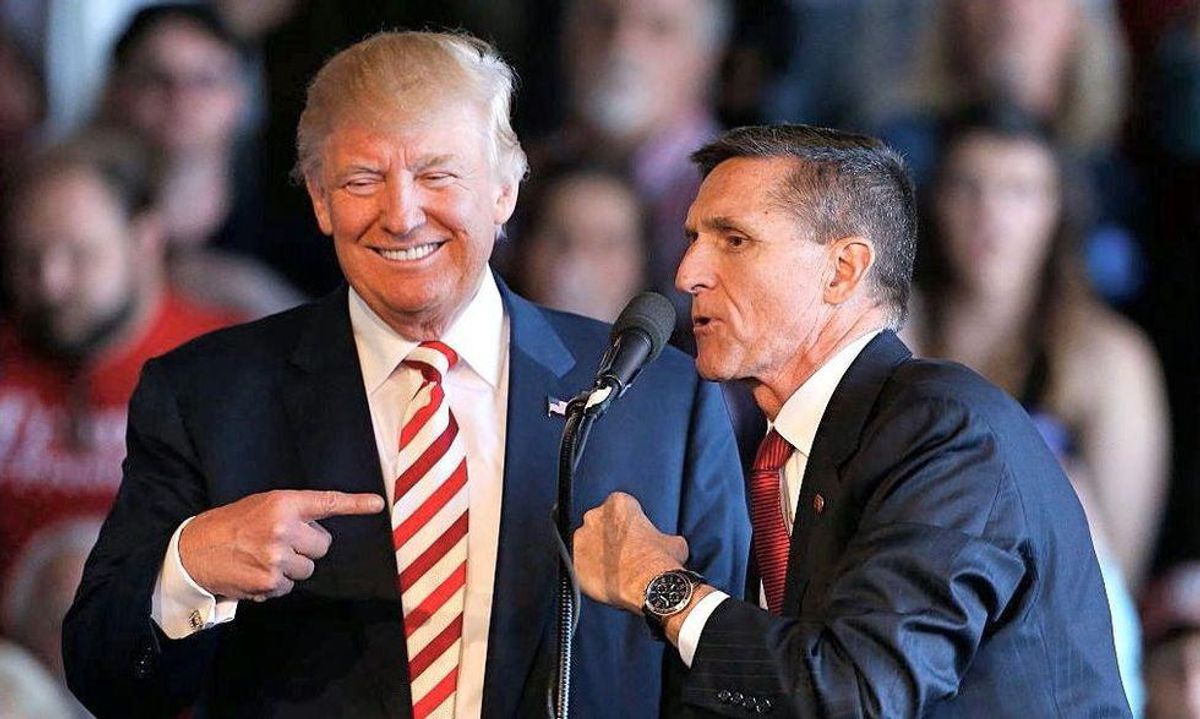 Michael Flynn's coup talk should be seen as a violent threat, according to one conservative columnist.

The retired U.S. Army general told a gathering of QAnon fanatics that a Myanmar-style military coup "should happen here" to restore Donald Trump to the White House, and The Daily Beast's Matt Lewis said that should set off alarm bells.

"This is a former general and national security adviser endorsing a military coup to overthrow a democratic election, depose Joe Biden, and install Donald Trump as president," Lewis wrote. "Insanely, Flynn did so at a Memorial Day weekend event full of QAnon conspiracy theorists, while speaking under a logo with one of that movement's slogans on it."

Flynn attempted to walk back his remarks, which were captured on video and plainly clear, but Lewis isn't buying his excuses.

"This rhetoric is dangerous," Lewis wrote, "and even more so coming on the heels of the GOP's refusal to support a bipartisan commission to investigate the January 6 insurrection."

There are other ominous signs hiding in plain sight, Lewis warned.

"The Flynn flap also makes me wonder how prevalent the sort of conspiracy thinking embraced by him is," he wrote. "Trump is reportedly telling people he will be reinstated by August, echoing comments recently made by 'Kraken' attorney Sidney Powell. A recent poll shows that 15 percent of Americans (not Republicans, Americans!) believe that 'the government, media, and financial worlds in the U.S. are controlled by a group of Satan-worshipping pedophiles who run a global child sex trafficking operation.' The same number believe that '(b)ecause things have gotten so far off track, true American patriots may have to resort to violence in order to save our country.'"

Lewis called on Republicans, at long last, to do something about the problem in their ranks.

"The question facing patriots now is, how do we preserve this precious democracy when a good chunk of Americans are actively rooting for a democratic election to be forcefully overthrown," he wrote, "and that chunk is over-represented at the upper-echelon of one of the two major political parties whose 'leaders' are too weak or too addled to stand up to this madness?"