Can the Ivy League continue to ban athletic scholarships? A Supreme Court ruling has some wondering 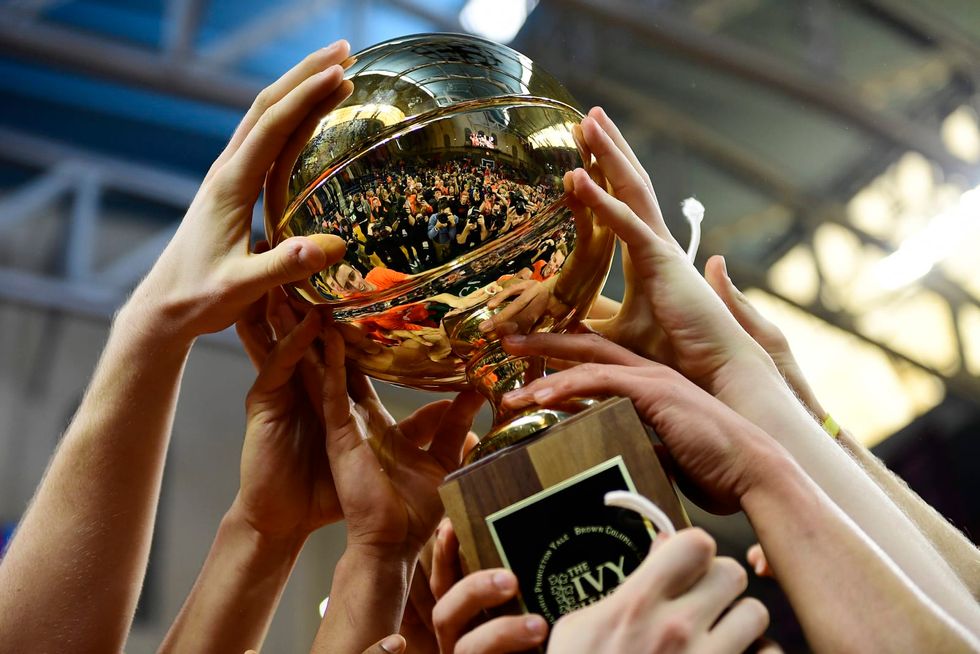 The Princeton Tigers hoist the championship trophy after defeating Yale in the Ivy League Tournament final at The Palestra in Philadelphia on March 12, 2017. - Corey Perrine/Getty Images North America/TNS

PHILADELPHIA — A letter sent this week to the presidents of the eight Ivy League schools and assorted others within the Ivy leadership structure is intended as a bit of a hand grenade. Signed by a pair of attorneys, Alan Cotler and Robert Litan, both 1972 University of Pennsylvania graduates, the letter comes on top of an eight-page memo the pair wrote that calls into question whether the Ivy League will be able to continue to ban athletic scholarships. In Ivy athletic circles, that's about as explosive a long-term topic as you can find. Their letter, mind you, is a polite grenade, starting ou...