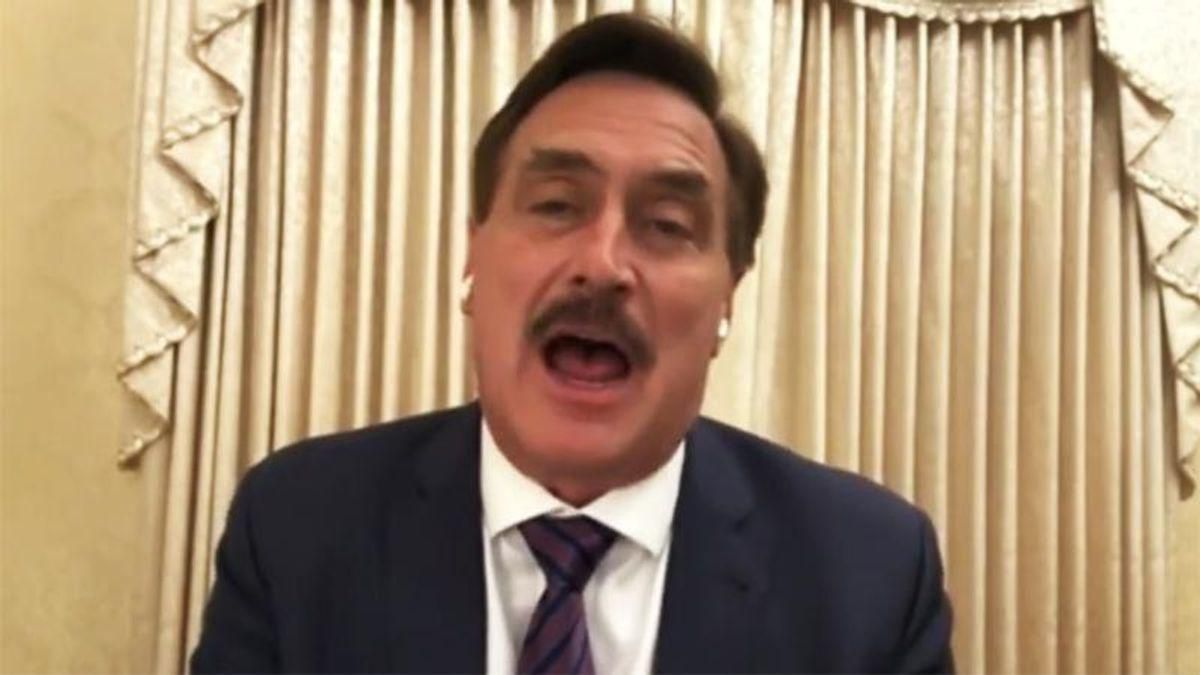 Lindell has been one of the top spreaders of falsehoods, misinformation, and conspiracy theories on the 2020 election and the coronavirus pandemic.

"Your account was terminated for violating Vimeo's Terms of Service…and Community Guidelines," Vimeo told Lindell, according to a screenshot of an email he shared with The Daily Beast. "We do not allow accounts that upload content created by or mainly featuring a banned user. As the purpose of your account is to promote content from a banned user, it has been removed."

In March Lindell told former Trump White House advisor Steve Bannon that the former president would be back in the Oval office by August.

"All the evidence I have – everything is going to go before the Supreme Court and the election of 2020 is going bye-bye." he claimed. "It was an attack by other countries, communism coming in, I don't know what they're going to do after they pull it down but –" he insisted.