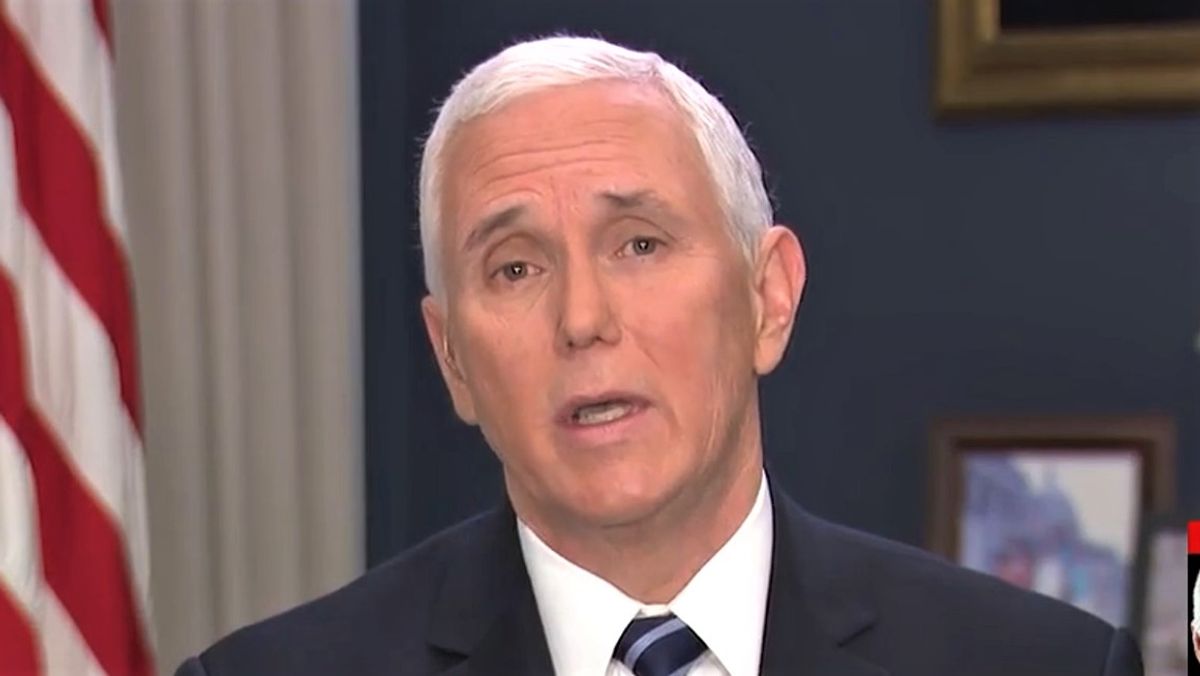 The legal eagles from the "Sisters in Law" podcast noted during an MSNBC panel discussion that Vice President Mike Pence could certainly testify during the second impeachment of former President Donald Trump.

Former federal prosecutor Joyce Vance began the conversation by saying that unlike other cases, this specifically targets the future for Trump and barring him from running for office again. Every other impeachment sought to punish the president in the moment. It's also monumental because, after all, no other president in history has attempted to lead an insurrection against the government before.

"But there is also precedential value moving forward," Vance said. "If this is not impeachable, it is difficult to imagine anything would be. And permitting Trump to do this in the name of preserving unity or whatever other arguments the Republicans intend to put forward. Whether its the crazy jurisdictional argument that you can't hold a trial once the president has left office -- that would really weaken the presidency and also weaken the balance of power among the branches of government going forward in a way that would fundamentally alter our democracy."

MSNBC host Yasmin Vossoughian, agreed, noting that if Trump's "conduct is not impeachable then what is? Is there a conversation that needs to be had about the act of impeachment if, in fact, Donald Trump is acquitted in the Senate?"

Former Watergate prosecutor Jill Wine-Banks agreed, saying that if such action doesn't constitution conviction by the Senate, then there would have to be some kind of conclusion about what does. As it is written, impeachment is for "high crimes and misdemeanors" as well as "bribery" and "treason."

She also reminded the audience that there are two charges in this case, the incitement is one but there's also "dereliction of duty" in the failure to protect members of Congress and Pence.

"First of all, he didn't have to say 'go and march to the Capitol and stop the vote,'" Wine-Banks said. "He was definitely trying to interfere with the conclusion of our election and the transfer of power. So, that was his goal. But he was derelict in his duties of not stopping what was going on. He should have been more forceful and taken control of it. If this isn't -- as Joyce said, if this isn't impeachable, I can't imagine what conduct would be."

She said that each of the claims in the document from the impeachment managers is provable.

Kimberly Atkins, who also writes for the Boston Globe, noted that the difference between the last case and this one is that the country saw the evidence unfold before them. In the bribery case, experts were needed and it had to be explained, and the Republicans blocked it from happening, so no real case could be tried.

In this one, however, the whole country watched the attack happen.

"Here it played out in real-time on live television for all of America to see," said Atkins. "They could see what the president said and could see what transpired afterward. And for weeks afterward, people inviting Americans to Washington telling them to come. It was going to be wild. This is going to be more straightforward and the impeachment managers themselves are witnesses. as they lay out their cases they will essentially be giving testimony of what happened. All 100 of the senators who are there are also witnesses who will be sitting as jurors. People who had to shelter in place, people who feared for their lives at times, and knowing that the vice president, as well, was in danger of all of this."