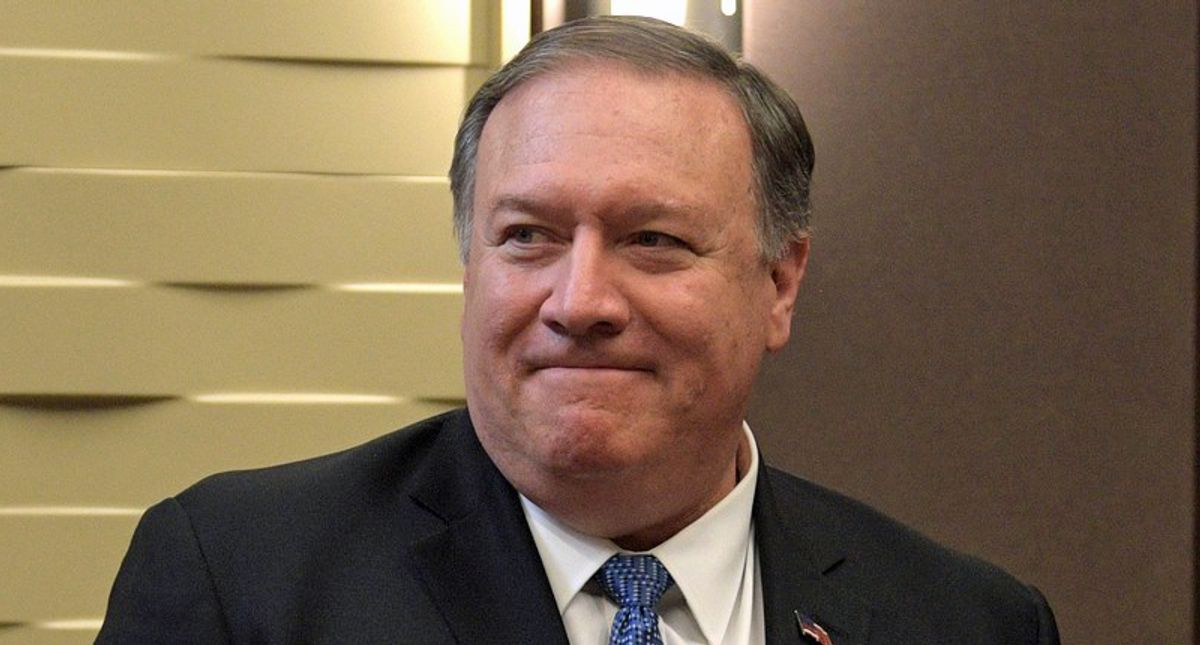 Former Secretary of State Mike Pompeo is heading to Iowa years ahead of the 2024 caucus in the state. According to CNN's Manu Raju, Pompeo told Fox News that the reason he was going was to "continue to build the conservative movement" and he'll be helping with the 2022 and 2024 elections.

During his time at the State Department, Pompeo was accused multiple times of using federal dollars to promote himself among large donors, corporate leaders and international officials.

NBC News revealed in May of last year that State Department staff were responsible for organizing secret dinners at the government offices.

"Until the coronavirus shut them down in March, the gatherings were known as 'Madison Dinners' — elaborate, unpublicized affairs that Pompeo and his wife, Susan Pompeo, began in 2018 and held regularly in the historic Diplomatic Reception Rooms on the government's dime," NBC reported.

"State Department officials involved in the dinners said they had raised concerns internally that the events were essentially using federal resources to cultivate a donor and supporter base for Pompeo's political ambitions — complete with extensive contact information that gets sent back to Susan Pompeo's personal email address. The officials and others who attended discussed the dinners on condition of anonymity," NBC reported.

In the final weeks of his time in office, Pompeo also attempted to rewrite history about his failures as successes.

Conservative Washington Post columnist Max Boot went through many of them in January, calling him "Pinocchio Pompeo."

In dozens of tweets, Pompeo told the world how much safer the country was. Just five days later the U.S. Capitol was attacked by members of several militias. Pompeo claimed that under his leadership the United States never sided with dictators. The Trump administration was the first in decades to visit North Korea and meet with Kim Jong Un.

It was also revealed this week that one of Pompeo's own employees appointed by President Trump was arrested and is being held on violating his oath of office by participating in the insurrection of the Capitol.