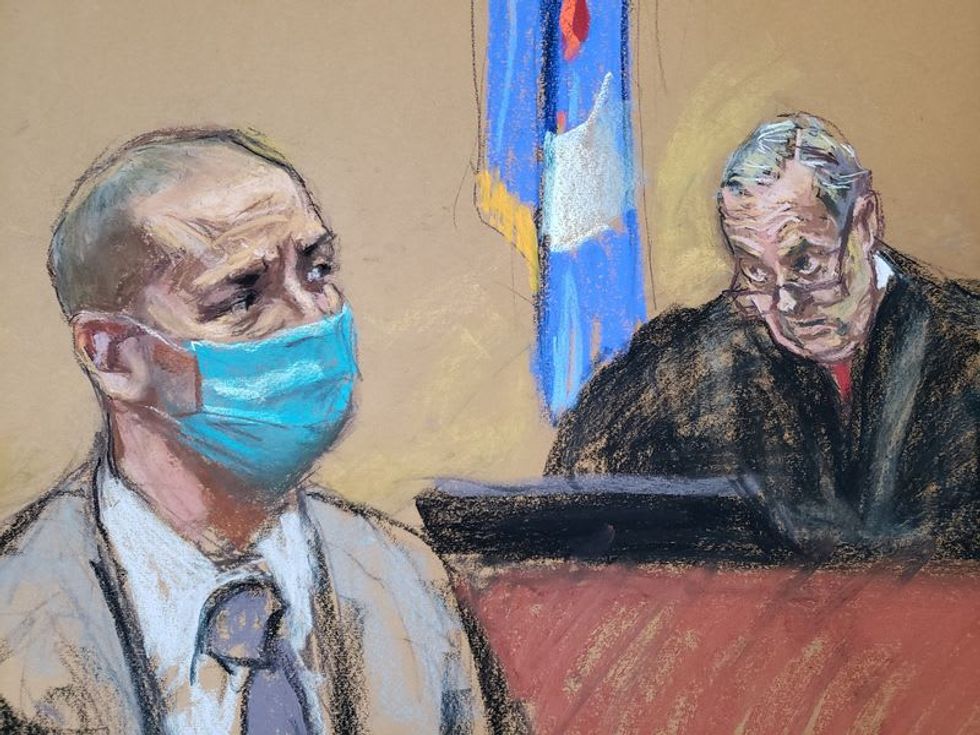 Chauvin, who pleaded guilty to the federal charges in December, already is serving a sentence of 22-1/2 years in a Minnesota prison for Floyd's murder after a trial in state court last year. The federal sentence will run concurrently and will see Chauvin moved to a federal prison.

U.S. District Judge Paul Magnuson announced the sentence in St. Paul, Minnesota, saying he was crediting Chauvin for seven months already served in state prison, removing those from the 21-year federal sentence. His federal prison sentence is due to be followed by five years of supervised release.

The judge called Chauvin's actions offensive and unconscionable, according to notes shared with media outlets from a reporter in one of the courtroom's limited seats.

"To put your knee on another person's neck until they expire is wrong, and thus you need to be substantially punished," Magnuson said.

The 46-year-old Chauvin, who is white, admitted he violated Floyd's right not to face "unreasonable seizure" by kneeling on the handcuffed Black man's neck for more than 9 minutes in a murder captured on cellphone video. Floyd's death led to protests in many cities in the United States and around the world against police brutality and racism.

The judge also ordered Chauvin to pay restitution in an amount yet to be determined.

Chauvin's decision to plead guilty averted a second criminal trial for him, but almost certainly means he will spend more time behind bars.

As part of his agreement with prosecutors last year, Chauvin also pleaded guilty to violating the rights of John Pope Jr., who was 14 years old when Chauvin repeatedly hit his head with a flashlight before kneeling on his neck in a violent arrest several years before Floyd's murder.

"I was treated as if I was not a human being at the hands of Derek Chauvin," Pope told the court, according to the reporter's notes.

Philonise Floyd also addressed the court before sentencing, saying the dying screams of his brother George Floyd haunted his nightmares. He asked the judge to sentence Chauvin to life in prison.

Chauvin spoke to say he recognized the court's difficulty in handling a case in a "politically charged environment," and that he wished for Pope and Floyd's children to have productive and rewarding lives. Chauvin did not offer an apology, local media reported. His mother also spoke the court, saying her son had been wrongly maligned as racist.

In his state trial last year, Chauvin was convicted of intentional second-degree murder, third-degree murder and second-degree manslaughter. People sentenced to prison for felonies in Minnesota are usually released on parole after serving two-thirds of their sentence.

Chauvin's guilty plea to the civil rights charges came as part of an agreement with prosecutors under which he would be due to face between 20 and 25 years in federal prison. In that agreement, he admitted for the first time that he was to blame for Floyd's death. Federal prosecutors had asked Magnuson to sentence Chauvin to 25 years.

Floyd could be seen in videos pleading for his life before falling still on the road beneath Chauvin's knee.

Chauvin was helping three fellow officers to arrest Floyd in May 2020 on suspicion that Floyd had used a fake $20 bill when buying cigarettes. Those three – Tou Thao, J. Alexander Keung and Thomas Lane – were found guilty in federal court in February of violating Floyd's rights. They have not yet been given a sentencing date.

A medical examiner determined that the police restraint stopped Floyd from being able to breathe.

(Reporting by Jonathan Allen in New York; Editing by Will Dunham and Bradley Perrett)