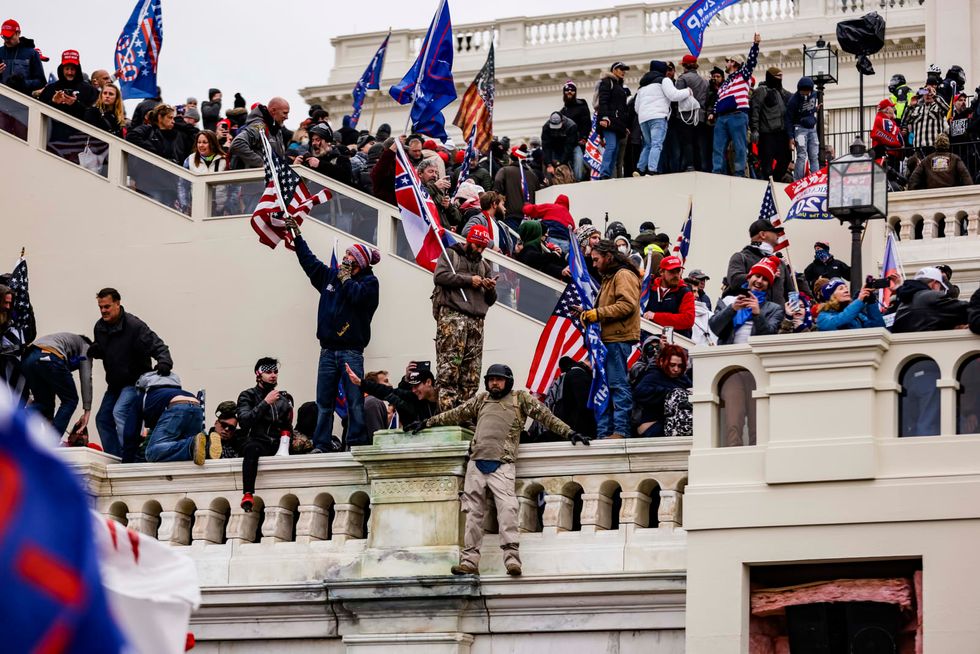 KANSAS CITY, Mo. — Five days after authorities say she caused a fatal crash while driving drunk on Interstate 44, Emily Hernandez pleaded guilty in federal court Monday in connection with the U.S. Capitol riot. Hernandez, 22, of Sullivan, Missouri — seen during the insurrection last year carrying a wooden name plate torn from House Speaker Nancy Pelosi's office — pleaded guilty to one count of entering and remaining in a restricted building or grounds, a misdemeanor. The plea hearing was held via video conference in U.S. District Court for the District of Columbia. Hernandez is scheduled to be...