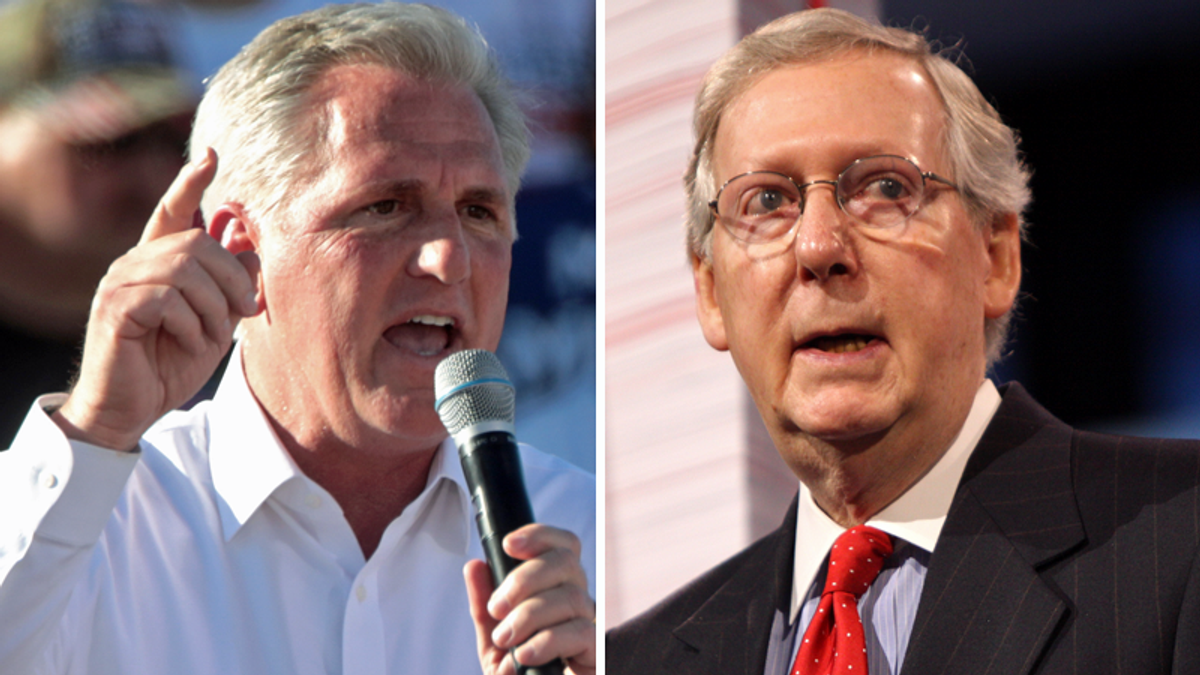 Both House and Senate Minority Leaders Kevin McCarthy (R-CA) and Mitch McConnell (R-KY) are complaining about reopening the U.S. Capitol, but they can't seem to decide on the reason that the building is closed.

In a Politico report Wednesday, McConnell whined that the massive security fence is keeping his constituents from being able to come to his office.

"We've overdone it," McConnell said. "I'm extremely uncomfortable with the fact that my constituents can't come to the Capitol. There's all this razor wire around the complex. It reminds me of my last visit to Kabul."

McConnell's constituents can't come to the Capitol because it's closed due to COVID-19 and it has been nearly a year since it closed, March 12, 2020.

It was something that wasn't lost on McCarthy who blamed COVID for the Capitol being closed and demanded it reopen because 75 percent of elected officials have been vaccinated.

A simple question for Speaker Pelosi: What is your plan to reopen the People’s House? I just sent her this letter… https://t.co/0GTnGkNOY1
— Kevin McCarthy (@Kevin McCarthy)1615406662.0

While 75 percent of inoculations sounds like a high number, he's only counting elected officials. Hundreds of staffers, interns, janitors, cafeteria workers, Capitol Police and National Guard soldiers are also in the Capitol. Their group far outweigh the 435 elected officials in the House and Senate.

President Joe Biden is anticipating there will be enough vaccines for all Americans by the end of May, so in a few months the population's vaccination numbers will be soaring and reopening could be a possibility. It's unclear why the members can't wait. They're perfectly capable of opening their offices in their states and welcoming in constituents back home. Given everything is still closed down in Washington, D.C. it's unclear how many visitors are coming to the city to meet with their members, at least, outside of lobbyists.