Former Rep. Mo Brooks (R-AL) gave up his seat in Congress to run for the U.S. Senate in November. Former President Donald Trump had endorsed Brooks, but after the congressman told Trump and his supporters to get over the election, things took a turn.

Trump announced he would no longer support Brooks, and a poll released shortly after by Alabama Daily News and Gray Television, showed that Brooks' actually got more favorability than he enjoyed with Trump's endorsement. Yet, now, Brooks is rallying his supporters to demand Trump re-endorse.

"He then hired a new campaign staff who 'brilliantly' convinced him to 'stop talking about the 2020 Election,'" Trump ranted in a statement. "He listened to them. Then, according to the polls, Mo's 44-point lead totally evaporated all based on his '2020' statement made at our massive rally in Cullman, Alabama."

That isn't exactly true, however, and Trump turned out to be wrong.

Brooks is hanging in there. Now he's joining Truth Social to demand that Trump reissue the endorsement as he and his opponent head into a run-off. According to Brooks, his opponent, Katie Britt, is a RINO (Republican in name only).

He also said that he "wonders" if Trump's un-endorsement was part of a ploy by Trump to "fake out" Senate Minority Leader Mitch McConnell (R-KY). Brooks speculated that Trump knew what he was doing by pulling the endorsement because it would get McConnell to stop attacking the campaign. 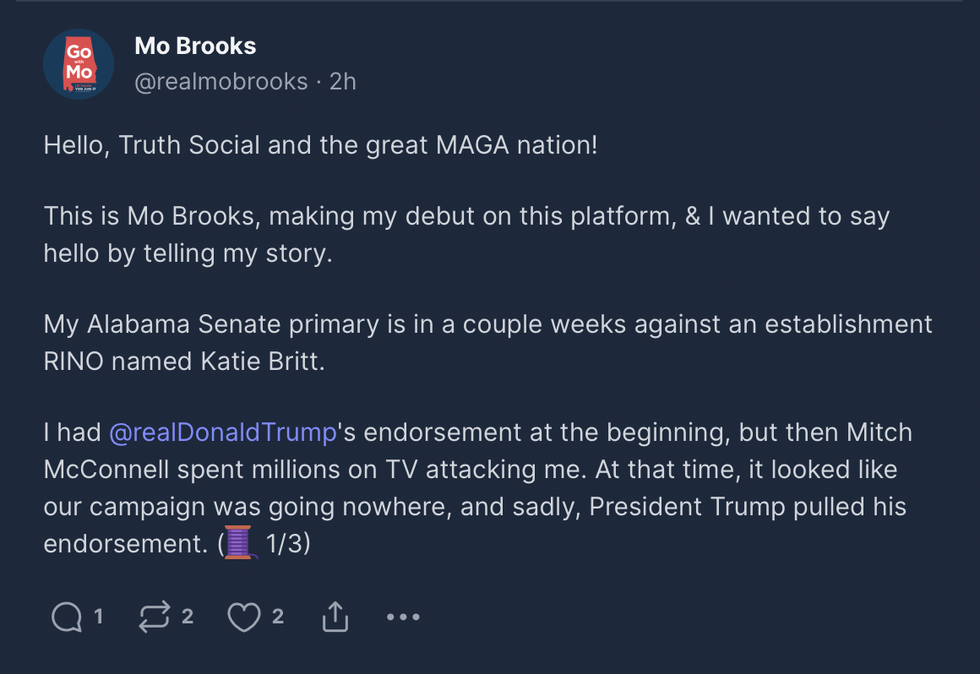 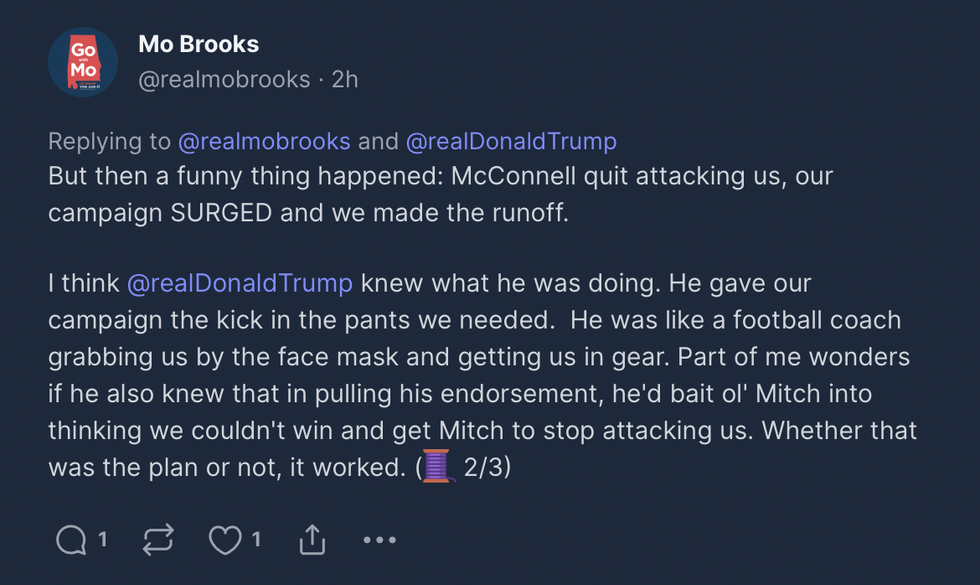 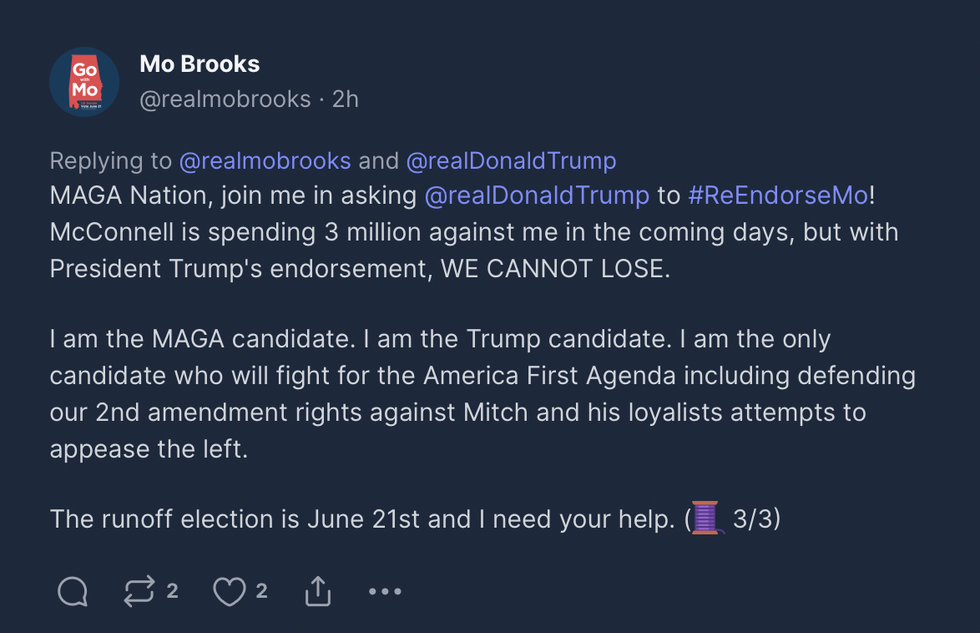