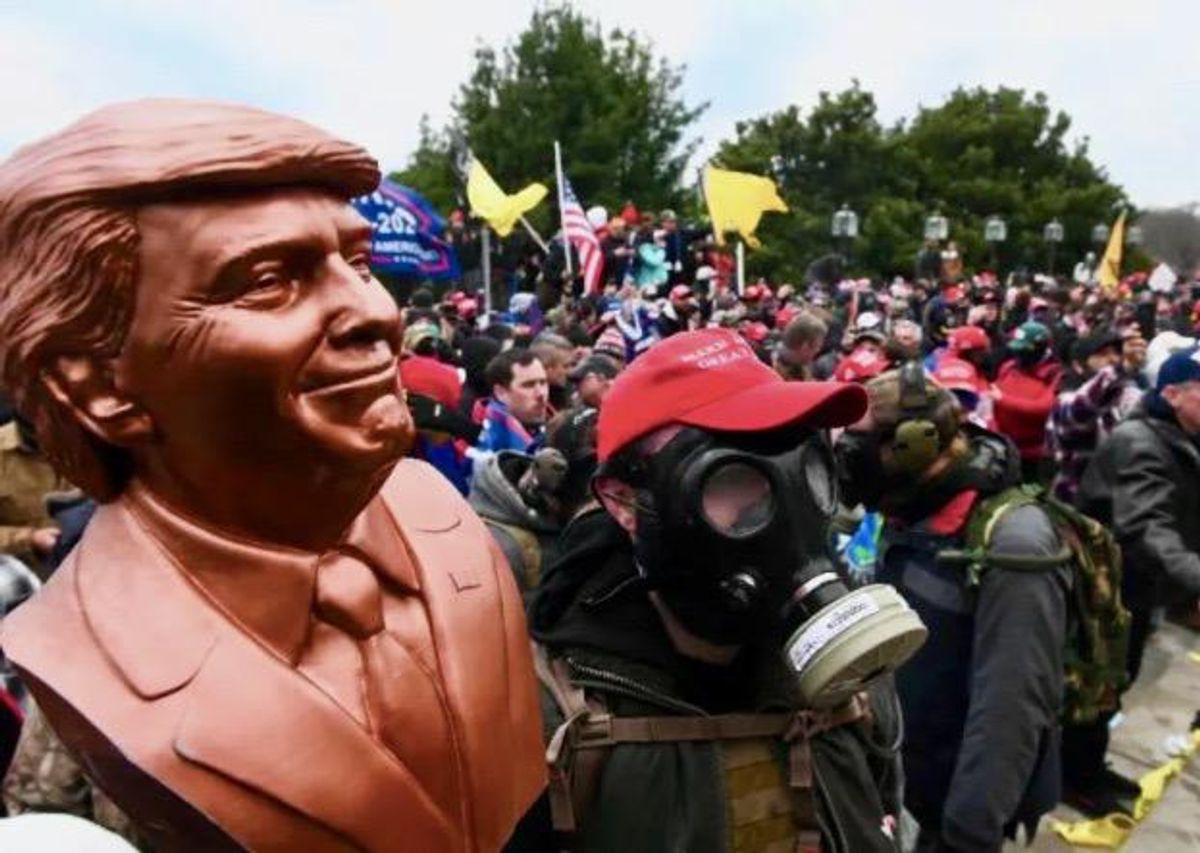 Making use of copious video footage and social media records of the attack, as well as a huge amount of tips from the public, the Justice Department expects the number of cases to keep rising.

"As we sit here right now, that list is growing," said Sherwin.

Although many of the initial charges announced were for minor crimes of illegally entering the Capitol and disorderly conduct, Sherwin said prosecutors have now added "significant" felony charges for most of the 150 suspects.

Those include assaulting police officers and disrupting a federal proceeding -- the hundreds of attackers temporarily prevented lawmakers from certifying the election victory of President Joe Biden.

Such charges carry penalties ranging from five to 20 years in prison.

And federal authorities are also investigating a number of participants for possible conspiracy and sedition charges, which can bring up to 20 years in prison.

So far, three people have been charged on that basis, he said.

That case is significant, Sherwin said, because "it shows militia groups actively involved in planning and breaching the Capitol."

Steven D'Antuono, the FBI agent in charge of the investigation, said they are still searching for the person or persons who planted two pipe bombs -- that did not explode -- near the Capitol that day.

D'Antuono said the January 6 assault on the US legislature is among the largest cases the agency has handled, and has brought in more than 200,000 tips from the public.

"This case is challenging, complex, and it is big," he said.

The officials spoke as the US Senate prepared to put Trump, who stepped down as president on January 20, on trial for incitement of insurrection for allegedly encouraging the attack.