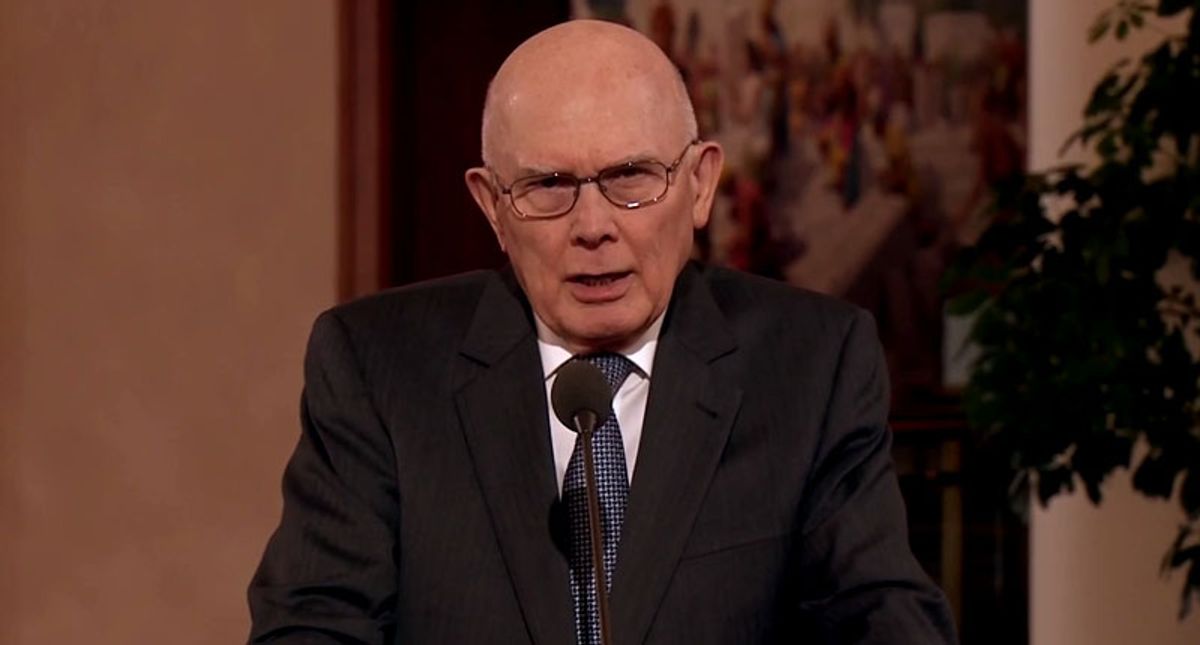 In his Easter message to members of the General Conference of the Church of Jesus Christ of Latter-day Saints, President Dallin Oaks shamed members of the church who stormed the U.S. Capitol on Jan. 6, ReligionNews reported Monday.

Oaks, who is next in line to be the church's prophet, told members, "Sovereign power of the people does not mean that mobs and other groups of people can intervene to intimidate or force government action … The people exercise their power through their elected representatives."

It was an obvious reference to supporters of former President Donald Trump, but there are still many on social media claiming that he was referencing the 2019 Black Lives Matter protests.

"We are to be governed by law and not by individuals," Oaks also said, "and our loyalty is to the Constitution and its principles and processes, not to any officeholder … These principles block the autocratic ambitions that have corrupted democracy in some countries."

The comment was another obvious reference to those who have turned Trump into an idol, with their own forms of worship.

"Being subject to presidents or rulers, of course, poses no obstacle to our opposing individual laws or policies. It does require that we exercise our influence civilly and peacefully … On contested issues, we should seek to moderate and unify," Oaks also said.

There was one comment in which Oaks lashed out at liberals, when it comes to do with same-sex marriage, which the church opposes. He lamented that state rights should supersede over the federal government on issues of LGBTQ equality. But in the end, he left it up to individuals to make the decisions for themselves.

"There are many political issues, and no party, platform or individual candidate can satisfy all personal preferences," Oaks told the conference. "Each citizen must therefore decide which issues are most important to him or her at any particular time … This process will not be easy. It may require changing party support or candidate choices, even from election to election."