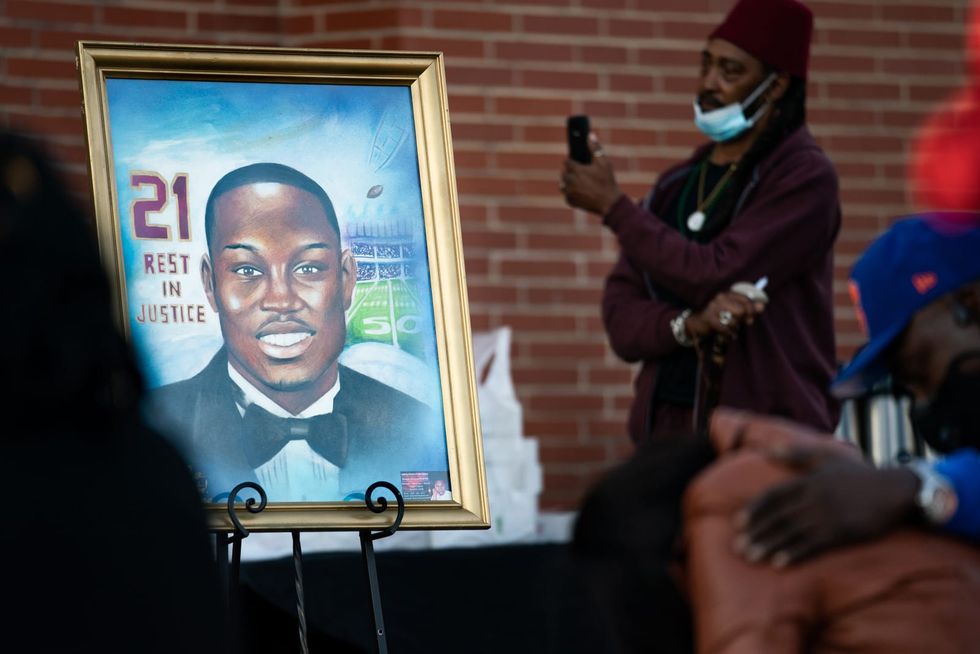 A painting of Ahmaud Arbery is displayed during a vigil at New Springfield Baptist Church in February 2021 in Waynesboro, Georgia. - Sean Rayford/Getty Images North America/TNS

ATLANTA — Allegations that former Glynn County District Attorney Jackie Johnson hindered the police investigation in the aftermath of Ahmaud Arbery’s murder are baseless and should be dismissed before trial, according to a motion filed Wednesday by Johnson’s attorneys. The motion, citing Georgia Bureau of Investigation witness interviews and grand jury testimony, said “there is not a scintilla of evidence” that Johnson told two Glynn County police officers not to arrest Travis McMichael, the man who shot and killed Arbery. Instead, it contends, charging Johnson with obstructing the investigati...