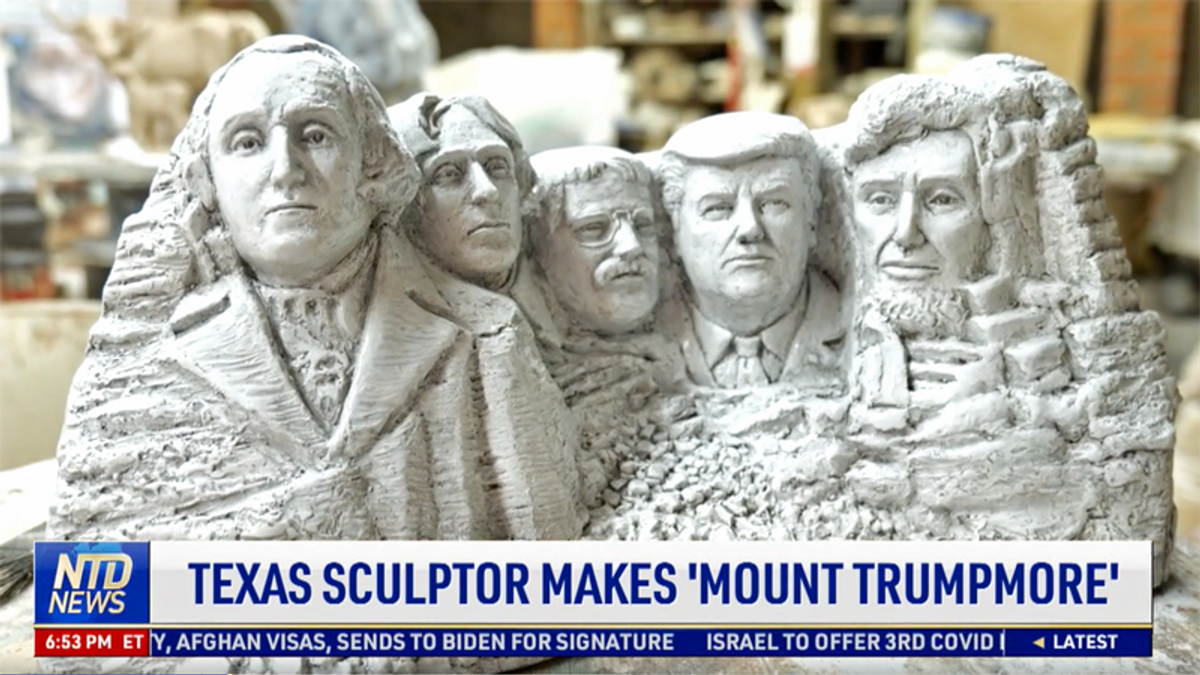 Even though it has been reported that the former president was given at least $413 million from his father, Guthrie praised the former reality TV star as a man of the people.

"The guy is, they say, a billionaire, but he's got a blue collar on him. He actually gets out there with those construction people building his buildings, and he knows them," Guthrie argued.

Guthries complained, however, about the criticism he received for his statue from a former student who wrote him a message bashing the former president.

"She said, 'Trump has killed half a million people with COVID!'" he said. "And the only thing I'm wondering is, where did you get that."

More than 600,000 Americans have died from COVID-19. While Trump is not responsible for all of them, he repeatedly downplayed the pandemic by comparing it to the flu while also recommending unproven treatments for the disease such as hydroxychloroquine.

Trump also falsely told followers they had "nothing" to fear from the virus after he got out of the hospital after being treated for the disease last fall.

A Texas sculptor has created a model to scale-up so Trump can be added to Mt. Rushmore. “The guy is a billionaire,… https://t.co/NjFrKEKCfY
— Ron Filipkowski (@Ron Filipkowski) 1627941907.0