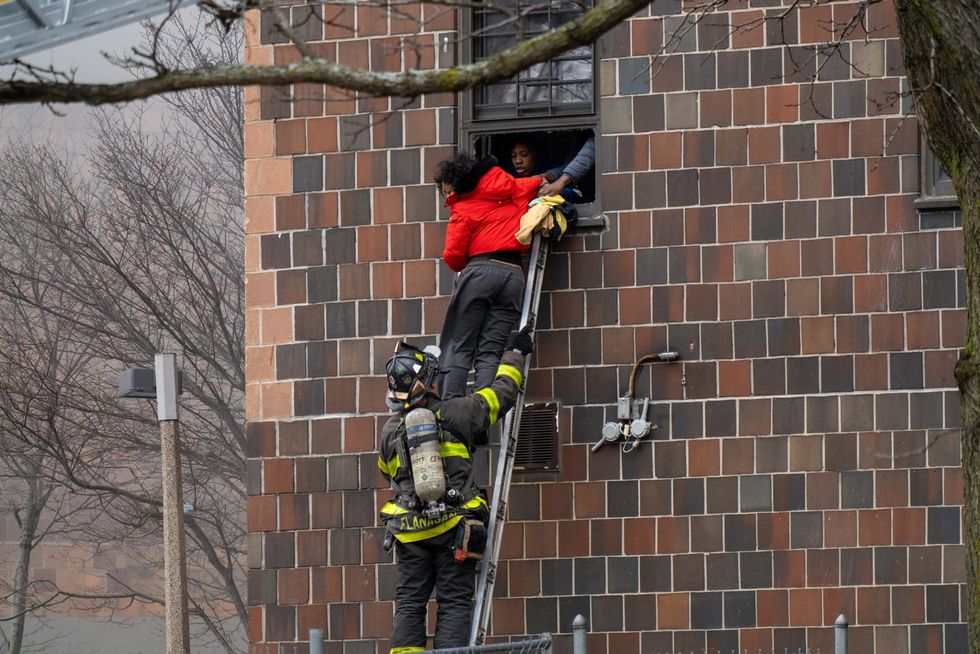 Firefighters hoisted a ladder to rescue people through their windows after a fire broke out inside a third-floor duplex apartment in the Bronx on Sunday, Jan. 9, 2022. - Theodore Parisienne/New York Daily News/TNS

NEW YORK — The Bronx apartment where a fire erupted that killed 17 people had several space heaters running at the time of the fire — and all of them, including the one that sparked the fatal blaze, had been left on for days, FDNY sources said Tuesday. Firefighters made the discovery as they sifted through the scorched rubble of the second-floor in the duplex apartment where the Sunday morning fire started. The blaze sent thick plumes of choking smoke throughout the Twin Parks North West building on E. 181st St. near Tiebout Ave. in Fordham Heights. The fire was the city’s deadliest since the ...