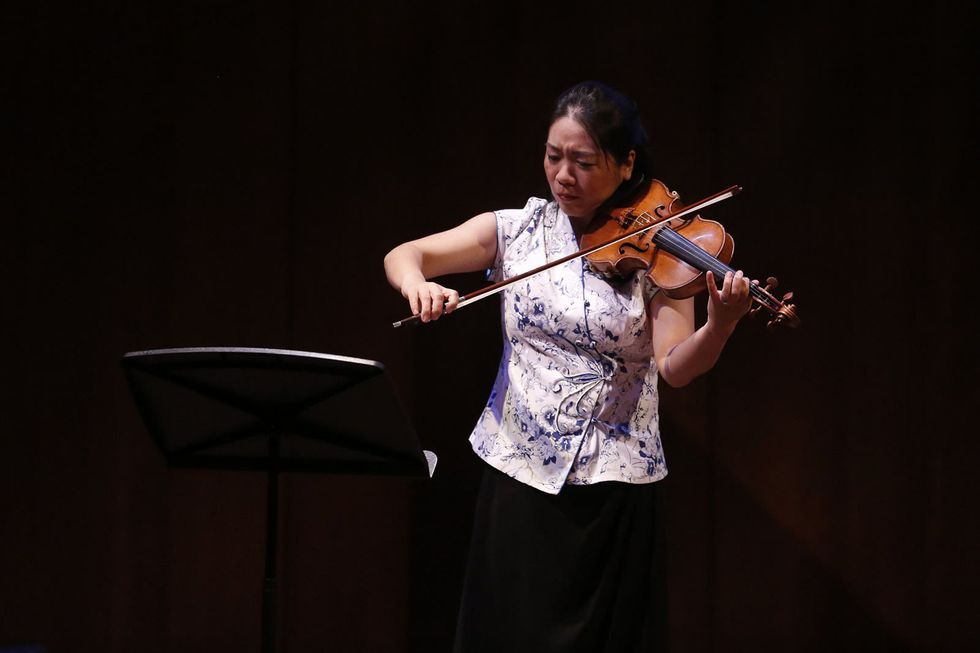 MingHuan Xu plays her 1758 Nicolò Gagliano violin at the Logan Center for the Arts at the University of Chicago in 2014. - Nuccio DiNuzzo/Chicago Tribune/TNS

CHICAGO — Three musical instruments including a 1758 violin were stolen from a town home in the South Loop Wednesday morning while a family of musicians was sleeping. MingHuan Xu, a professional violinist and director of the string program at Roosevelt University, said the antique violin stolen has an immense cultural and personal value. It was made by renowned Italian violin-maker Nicolò Gagliano and was lent to Xu by a private sponsor 20 years ago. A second violin stolen in the burglary was made by Oliver Radke in the late 1990s, Xu said, and a half-size cello belonging to her son also is mi...