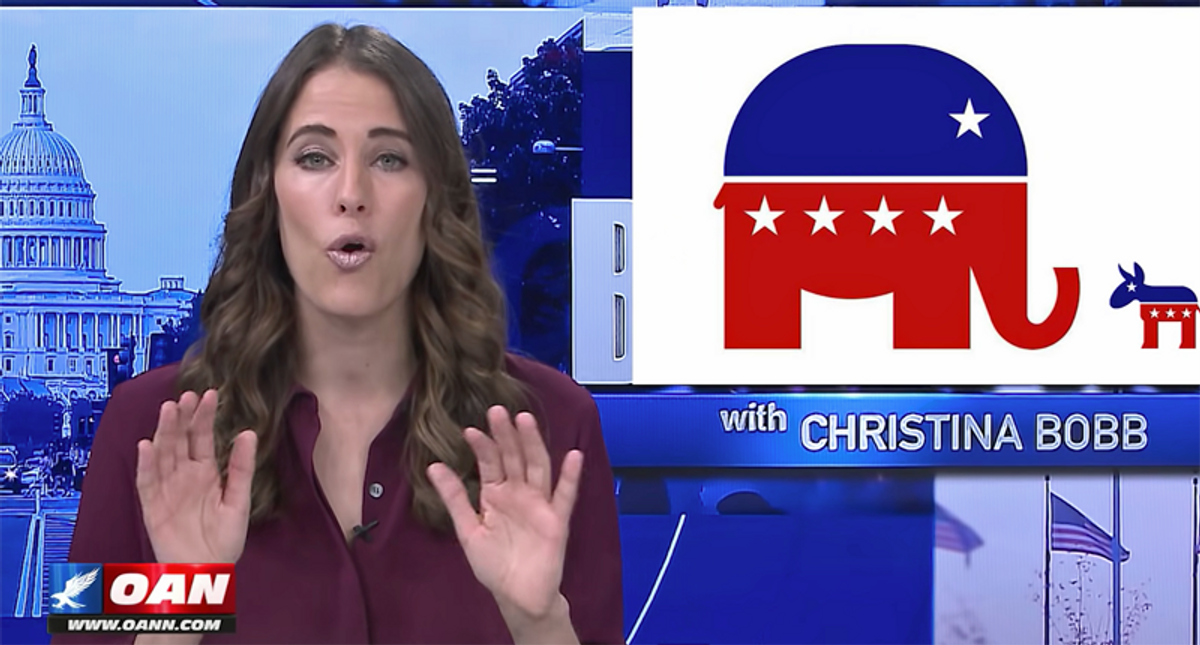 Earlier this week, Newsmax host Bob Sellers walked off the set when Lindell went on a conspiratorial rant about Dominion Voting Systems, which has been suing multiple pro-Trump media personalities for lying about its voting machines supposedly stealing the 2020 election for President Joe Biden.

OAN's Jenn Pellegrino this week devoted a segment to the purported "censorship" of "conservative voices" such as Lindell's, and she lumped Newsmax in with traditional right-wing villains such as CNN and MSNBC.

She played a clip of Sellers interrupting Lindell as he spouted conspiracy theories about Dominion and told his audience that his network has been unable to verify the claims that he has been making, while also emphasizing that Newsmax accepts the final results of the election.

"Newsmax touts itself as real news for real people," Pellegrino said. "But is this yet another case of a so-called fair and unbiased network being swept up by leftist censorship?"