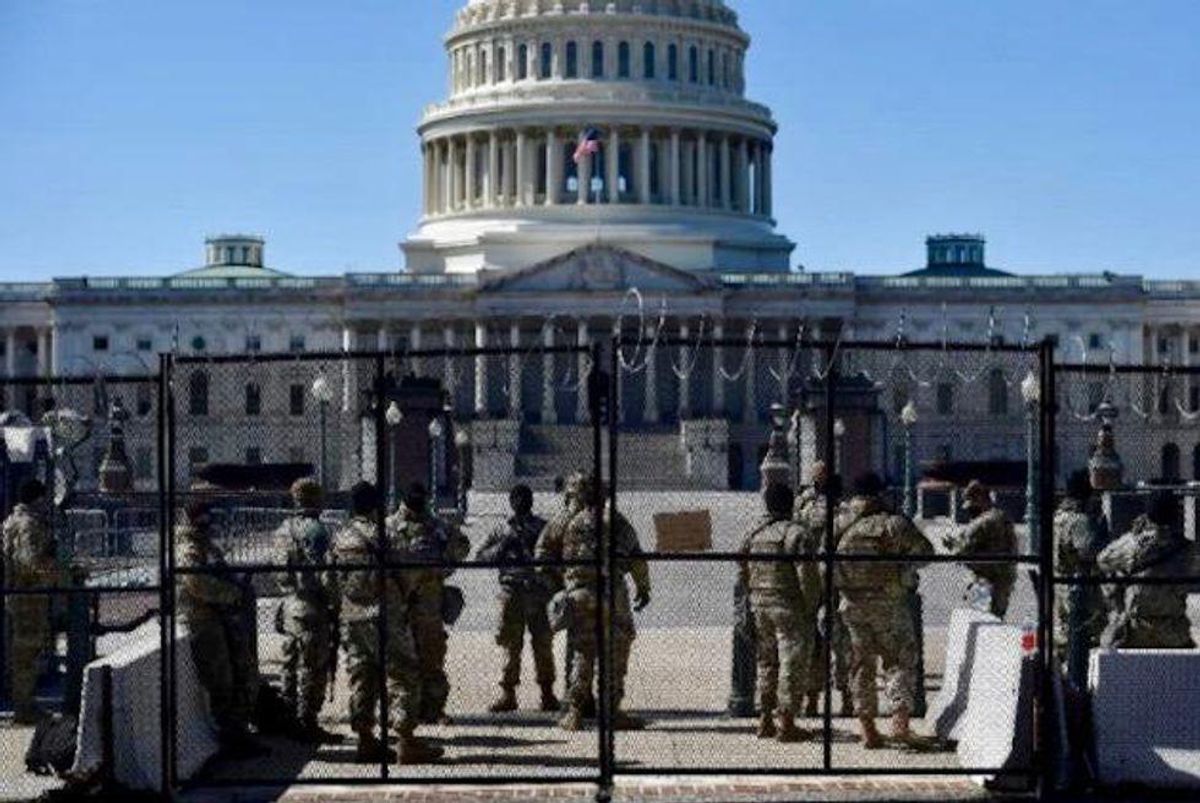 The National Guard at the US Capitol (AFP)

Hundreds of thousands of members of the National Guard will not receive their paychecks due to the cost of post-January 6th security at the Capitol with Republicans blocking a spending bill.

The adjutant generals of Indiana, Illinois, and Massachusetts held a Friday media call with reporters, telling them they are canceling drills in August and September, which will result in a loss of paychecks, Defense One reported.

The cancelations are planned for the height of both forest fire and hurricane seasons.

"If you cancel an annual training period, and two individual training periods the month of August and September for Guardsmen, you have in essence cut almost 50% of their training days that prepare them to deploy domestically and internationally in response to whatever missions that the president or the governor has set up for us," said Indiana Adjutant General Maj. Gen. Roger Lyles.

There could be major impacts on individual Guard families.

"If annual drills in August and September are cancelled, the men and women in the Army and Air National Guard will lose two months of salary. Many will in fact owe the government money because money for their healthcare and retirement plans will still be deducted," NBC's Courtney Kube explained.