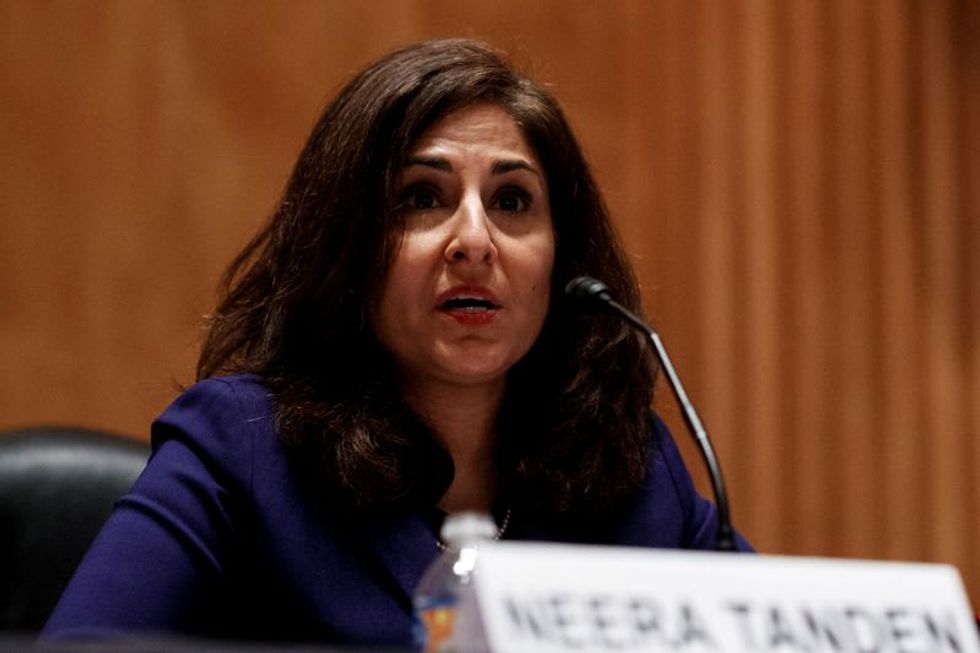 Tanden, a former adviser to President Barack Obama and former Secretary of State Hillary Clinton, has been serving as president of the Center for American Progress (CAP), a left-leaning think tank.

Tanden will focus on healthcare issues, preparing for "different contingencies that could arise from the Supreme Court's consideration of Republican lawsuits seeking to undo the Affordable Care Act," the White House said in a statement.

She will also review the U.S. Digital Service, in charge of making the U.S. government accessible to Americans online, it said.

Tanden drew criticism from Republicans for her sharp critiques of them on Twitter and her nomination to be budget director became imperiled after moderate Democratic Senator Joe Manchin said he would not vote to approve her in the U.S. Senate, which is split 50-50 between Democrats and Republicans.

The White House had said Tanden would still end up with a position in the administration after the OMB position fell through.

"Neera's intellect, tenacity, and political savvy will be an asset to the Biden administration," said John Podesta, CAP's founder.