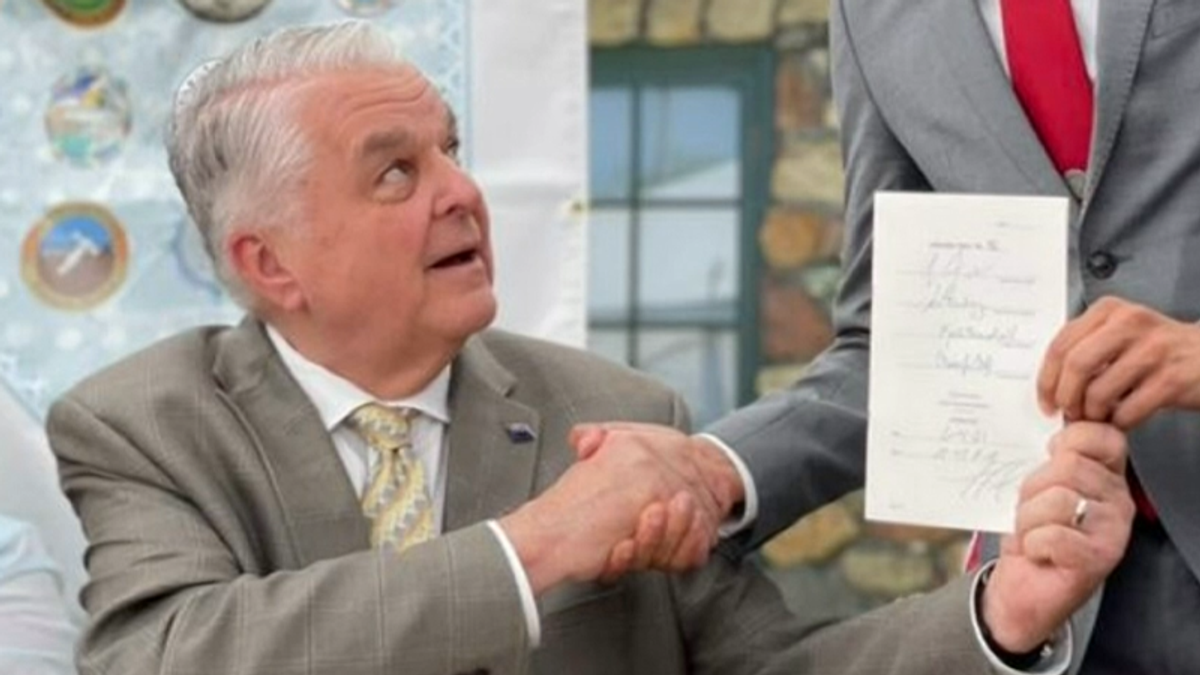 On Saturday, according to KTVN, Nevada Gov. Steve Sisolak signed a series of bills related to tribal law — one of which bans the racist practice of "sundown sirens," which, due to odd quirks of history, are still rung out in at least one rural town south of Reno.

"Sundown sirens" were traditionally a warning for nonwhite people in the town to leave at the end of the day, as their presence was not allowed after sundown. And as The Daily Beast reports, while the bans on nonwhite people have gone away, in the town of Minden, the siren itself has not.

"Critics say the sirens have their roots in a 1908 ordinance in Gardnerville, a town that borders Minden, requiring all non-white individuals to be home by 6:30 p.m., a decree that targeted Native Americans," reported Corbin Bolies. "That was expanded in 1917 when Douglas County, which houses both towns, adopted the law and imposed a $25 fine, jail time, or both on violators. The siren was later moved to Minden, where it's been ever since. The ordinance was repealed in 1974 when it was ruled unconstitutional, but the siren remained a tradition."

"Residents of Minden (pop. of 3,150) have said the siren is part of the town's culture, and is not a racist symbol. Rather, Minden officials have said, a 2006 resolution states the siren honored local volunteers," continued the report. "But local Washoe Tribe Chairman Serrell Smokey called the siren a 'living piece of historical trauma' in a Facebook video last year discussing the racist legacy."