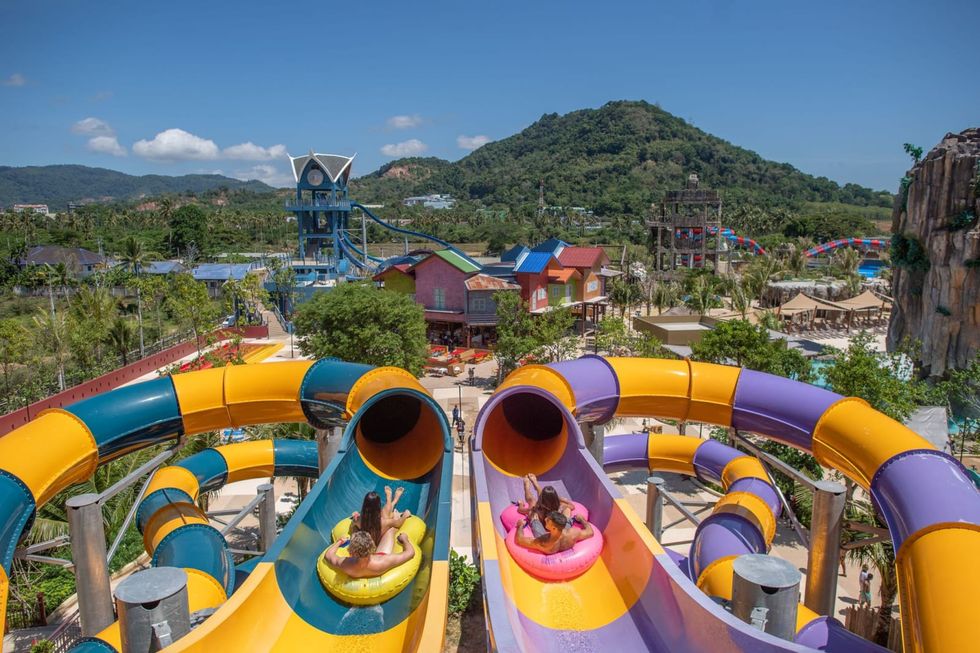 The Andamanda Phuket waterpark on the Thai island of Phuket is set to open on May 22. It has 36 slides and a 10,000-square-metre wave pool. --/Andamanda Phuket/dpa

As tourism in Thailand is starting up again after a long period of complicated Covid entry rules, a new water park is set to open on the popular holiday island of Phuket, in a bid to draw in much-needed visitors.

The 9-hectare Andamanda Phuket park, which has 36 slides and a 10,000-square-metre wave pool, is scheduled to open on May 22, one year later than originally planned due to the pandemic.

The name comes from the Andaman Sea in the Indian Ocean, where Phuket is located.

On the park's website, its operators promise visitors "a sea adventure that wanders into the tales of Thai mythology."

"I am confident that Andamanda Phuket will motivate tourists around the world to come to Thailand," said Thapanee Kiatphaibool from the Tourism Authority of Thailand (TAT).

Besides the large number of slides and other water-related attractions, there will also be daily shows, parades and performances which celebrate Thai culture as well as a 5,300-square-metre playground and a floating market.

According to estimates, the mega park cost about $127 million and operators are hoping to attract some 1 million guests over the next year.

Last year, Phuket became the first region in the country to offer quarantine-free holidays again. Since then, the number of visitors has steadily increased.

According to Phuket's tourism authority, some 3,000 to 5,000 tourists currently arrive on Thailand's largest island every day, with the industry hoping for 9,000 daily arrivals in the last quarter of 2022.