Police did not use tear gas on protesters to clear way for Trump's Bible 'photo op': inspector general report 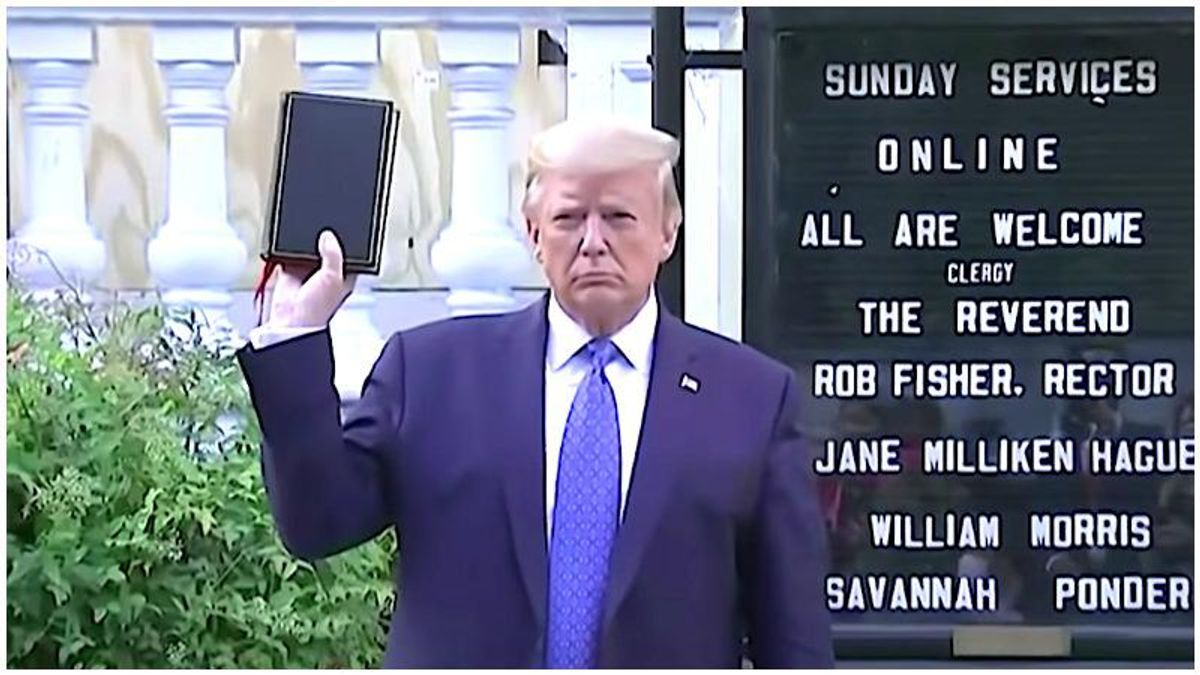 In a new report that contradicts the prevailing media narrative at the time, the Interior Department's inspector general has found that when police used tear gas to clear protesters from Lafayette Park in June 2020, it was not to allow for then-President Donald Trump to have a photo op holding a bible in front of a vandalized church -- it was so a contractor could install fencing.

Aside from debunking numerous news outlets and pundits who ran with the initial narrative, the finding undermines the central allegation of a federal lawsuit by Black Lives Matter against the Justice Department.

"The evidence we reviewed showed that the (Park Police) cleared the park to allow a contractor to safely install anti-scale fencing in response to destruction of Federal property and injury to officers that occurred on May 30 and May 31," Greenblatt said in a letter. "Moreover, the evidence established that relevant (Park Police) officials had made those decisions and had begun implementing the operational plan several hours before they knew of a potential presidential visit to the park, which occurred later that day. As such, we determined that the evidence did not support a finding that the (Park Police) cleared the park on June 1, 2020, so that then President Trump could enter the park."

Read more over at NBC News.