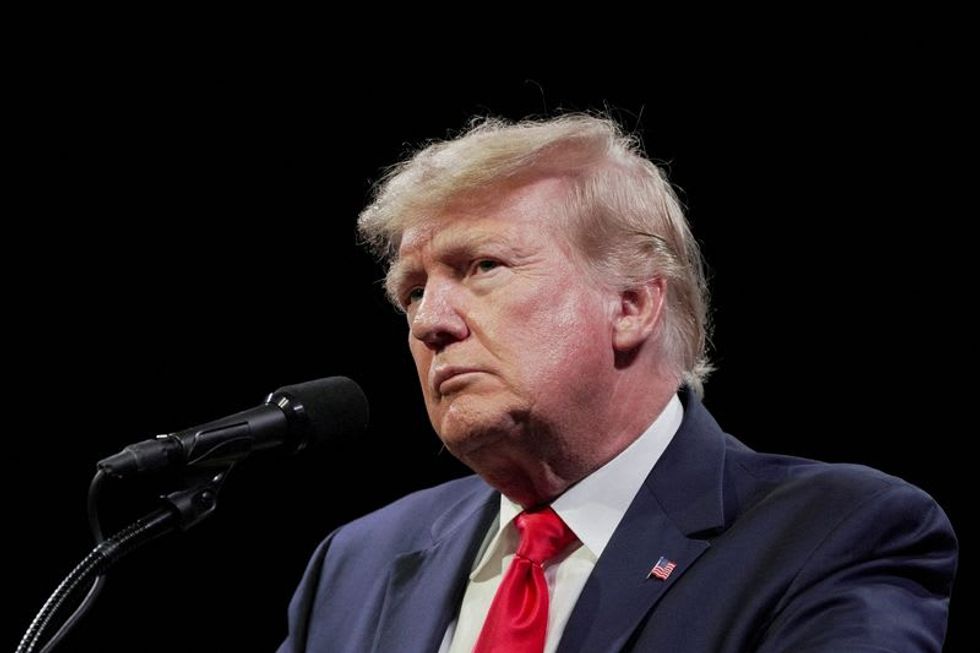 The scheme was part of an effort by Sherry Li and Lianbo Wang to showcase political connections as they sought funds to build a China-themed park in upstate New York, prosecutors said, adding that they raised $27 million in investment, but never completed the project.

Li called the park "Chinese Disneyland," according to a complaint filed in federal court in Brooklyn.

Prosecutors said Li and Wang made contributions in their own names to a committee hosting a fundraiser for Trump on June 28, 2017, but that the funds came from 12 foreign donors the pair had charged $93,000 each to attend the event with them.

Li and Wang, both naturalized U.S. citizens originally from China, were arrested in Long Island on charges of conspiracy to defraud the United States, as well as wire fraud and money laundering conspiracy. Their lawyers did not immediately respond to requests for comment.

A spokeswoman and a lawyer for Trump, who was not accused of wrongdoing, did not reply to requests for comment.

Li and Wang used a photograph taken at the June 2017 event of Li smiling with Trump and then-first lady Melania Trump to solicit investment for the theme park project, prosecutors said.

Li also used a Chinese national's funds to make donations to other committees that enabled her to attend campaign events in October 2017, including a dinner with Trump.