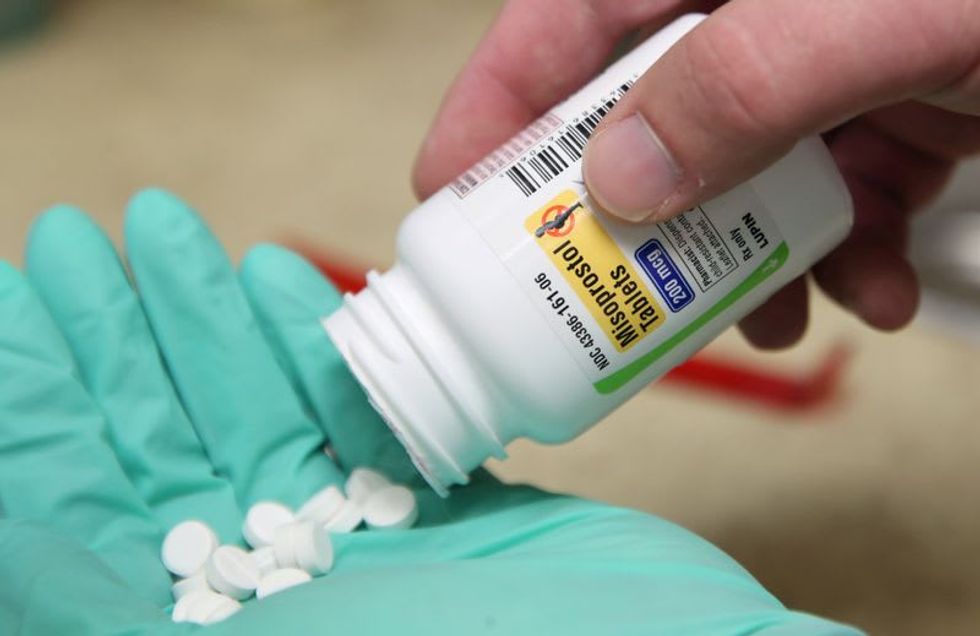 The law on medications prohibits mail-order abortion-inducing drugs and says doctors in the state are only allowed to prescribe them up to seven weeks after conception. Previously that restriction was set at 10 weeks.

"Texas continues to lead the way in protecting unborn children and fostering a culture of life," Abbott said in a written statement. "We have taken monumental steps to save babies from the ravages of abortion."

Texas is at the center of the debate over abortion in the United States, enacting the most restrictive abortion laws in the country during recent legislative sessions.

On Sept. 1, a new Texas law went into effect that bans the procedure after a fetal heartbeat is detected - which is at about six weeks in most cases. Abortion rights groups say that 85% to 90% of all abortions are carried out after six weeks.

Texas is among a dozen mostly Republican-led states that have enacted "heartbeat" abortion bans that outlaw the procedure once the rhythmic contracting of fetal cardiac tissue can be detected - which is at times before a woman realizes she is pregnant. Courts have blocked such bans.

But the Texas law empowers private citizens anywhere to sue abortion providers and anybody who assists a woman in getting one. That helped shield the law from being immediately blocked as it made it more difficult to directly sue the government.

Abortion providers in Texas on Thursday asked the U.S. Supreme Court to intervene on an urgent basis in their challenge to a state law imposing a near-total ban on abortion.