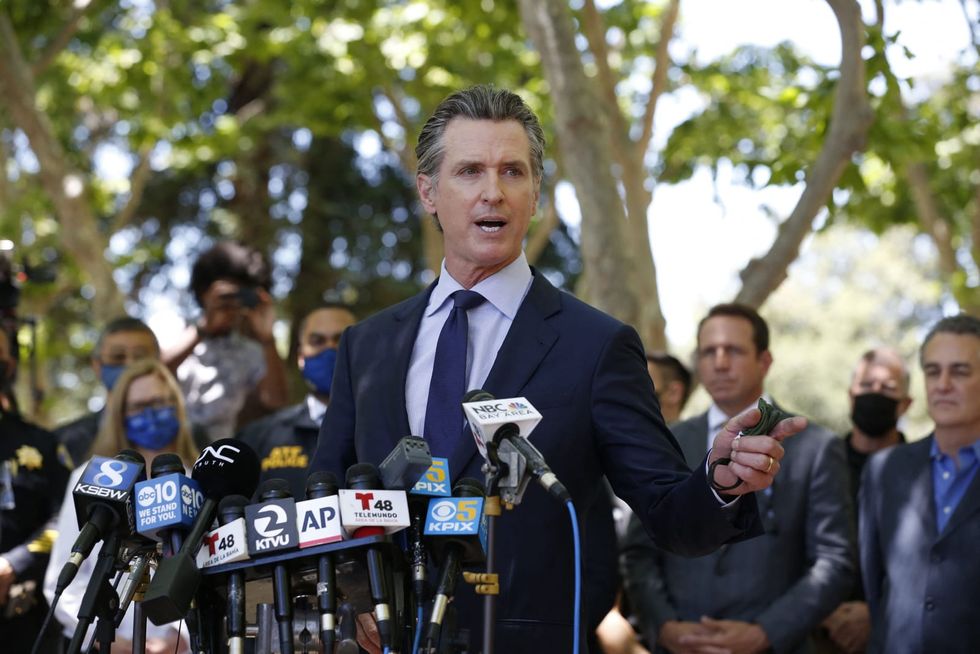 Gavin Newsom speaks during a news conference on May 26, 2021. - AMY OSBORNE/AFP/AFP/TNS

SACRAMENTO, Calif. — Gov. Gavin Newsom signed into law Friday a bill prohibiting law enforcement agencies from posting booking photos of people suspected of nonviolent crimes to social media. Assembly Bill 1475 forbids any police departments or sheriff’s offices in the state from sharing any mug shots of suspects of nonviolent crimes on social media platforms unless that suspect is considered a fugitive or poses an imminent threat. The bill also provides that agencies must remove mug shots posted to social media of suspects of violent crimes if they were ultimately not charged, if they were fo...