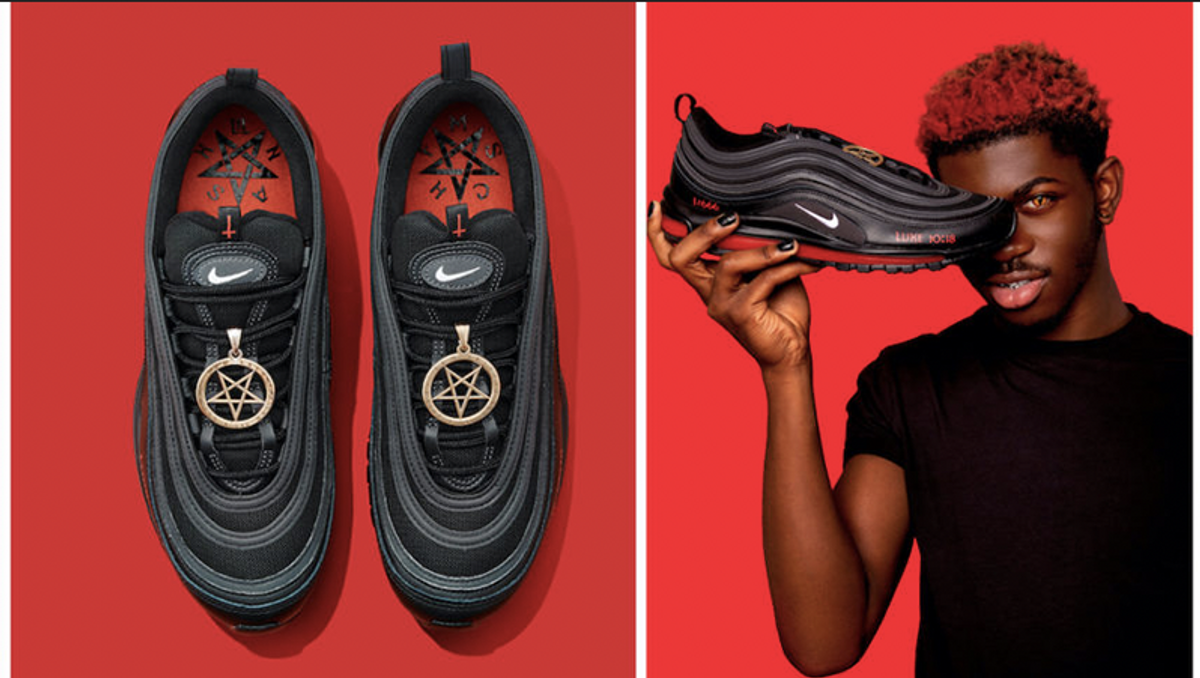 TMZ is reporting that Nike has taken action against the shoe company that copied their signature logo to put on the side of Lil Nas' new footwear, "Satan Shoes."

The shoes feature a pentagram, a once Christian symbol now adopted by Satanists. They will also feature one drop of blood in each shoe. There was a small run of the shoes as well, with only 666 shoes available for purchase.

The right-wing outrage from the shoes over the weekend only promoted the shoe line more. All 666 shoes were sold out in less than 60 seconds.

But it's the "swoosh" symbol on the side of the shoe that Nike is taking issue with. The court documents obtained by TMZ reveal that the company believes people were "tricked" into buying the shoe based on the "swoosh." Presumably, buyers were more focused on the shoe supposedly promoting Satan.

"Nike's suing for trademark infringement because the famous Swoosh logo is still prominently featured on X's shoes," TMZ said. "It wants damages, and perhaps more importantly for Nas X ... Nike wants the judge to block all sales of the Satan Shoe."

Satan Shoe's manufactures haven't yet responded to the lawsuit. It is unknown if the Nike "swoosh" was false advertising and trademark infringement or an intentional decision as part of the Satan branding.