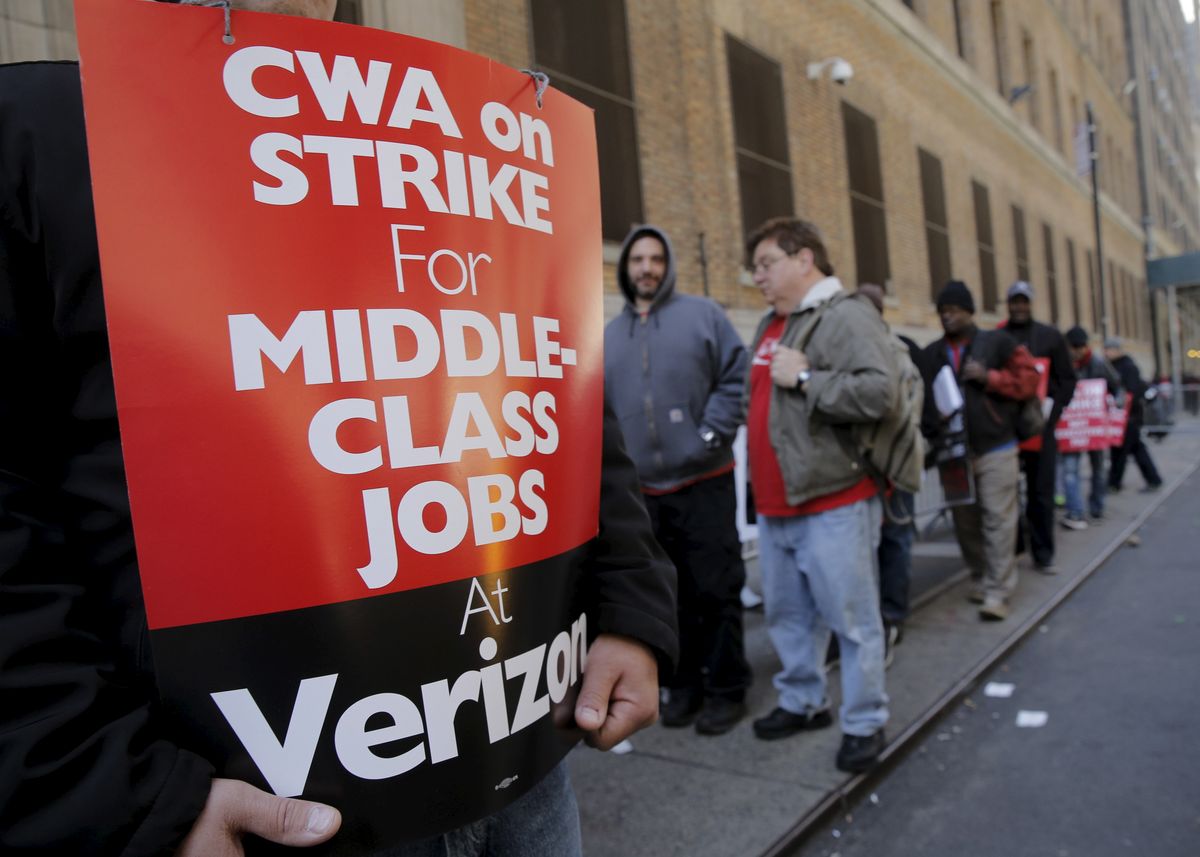 Robb responded by refusing to step down, calling the request "unprecedented since the nascence of the National Labor Relations Act," according to Law 360.

In a series of tweets Wednesday night, HuffPost labor reporter Dave Jamieson revealed a White House official said that Biden fired Robb after he refused to resign, a series of events which the journalist described as "norm-busting."

Biden's moves came after the Service Employees International Union (SEIU), which represents some two million workers across scores of occupations and endorsed Biden in the November 2020 presidential race, sent a memo to the then-president-elect urging him to immediately fire Robb upon taking office.

The union welcomed Robb's ouster in a brief tweet:

The National Labor Relations Board, as its website details, works to "assure fair labor practices and workplace democracy nationwide." The general counsel, who generally serves a four-year term and is independent from the agency's five-member board, "is responsible for the investigation and prosecution of unfair labor practice cases and for the general supervision of the NLRB field offices in the processing of cases."

Robb's term was set to end in November, but SEIU, Communications Workers of America (CWA), and others pushed Biden to take action sooner.

"Biden campaigned on being a 'union guy' and a friend of workers, and has pledged to be the 'most pro-union president ever.' He has reason to be. Unions played a key role in securing his victory," Strikewave editor and Pennsylvania union activist C.M. Lewis wrote last week. "There's one measure that will signal that Biden is serious: on day one, he needs to fire National Labor Relations Board General Counsel Peter Robb."

Robb, a former management-side attorney who helped [former President] Ronald Reagan defeat the air traffic controller's union, has pushed an aggressive, pro-business agenda at the labor board.
...A Democratic replacement, who would need Senate confirmation, would be able to begin reversing the prior administration's changes to agency procedure, though Democrats on the NLRB will still face gridlock until Republicans lose the board majority in August.

Shortly after Biden was sworn in on Wednesday, Democrats officially took control of the Senate by the slimmest possible margin, with Vice President Kamala Harris charged with breaking any tie votes.

Longtime labor journalist Steven Greenhouse noted on Twitter that Robb is the first NLRB general counsel to be forced out in over five decades and said that "one way for Biden to win back blue-collar workers is to show that he is robustly pro-union."

Greenhouse wrote for The Guardian earlier this month about what the president can do "to reverse Trump's assault on labor rights":

Biden's nominee for secretary of labor, Marty Walsh—the mayor of Boston and before that a labor leader for decades—is likely to help advance Biden's promises to help unions expand. Walsh, who had headed Boston's federation of building trades unions, is expected to support increased spending on infrastructure to upgrade roads and bridges, strengthen the economy, and create good-paying jobs. As mayor, he pushed for construction contractors to hire more workers of color.
With Covid-19 still raging across the U.S., many job safety experts say it's urgent for Biden to do something that the Trump administration has failed to do: issue nationwide regulations directing businesses to take specific steps to protect their workers from the coronavirus, whether retail, restaurant, factory, or construction workers.

The journalist also pointed out that Biden's NLRB appointees "are likely to reverse many Trump labor board decisions that made it harder for workers to join unions," and that the president has repeatedly expressed support for more than doubling the federal hourly minimum wage—currently just $7.25—to $15.

Early last week, Biden unveiled a $1.9 trillion Covid-19 relief plan that includes a provision to raise the federal minimum wage to $15. At the end of the week, fast food workers across the country went on strike for the right to unionize and a $15 wage, increasing pressure on Biden to deliver on that campaign promise.

Jeff Schuhrke reported Wednesday at In These Times that "in addition to making demands on Biden, labor leaders are also seeking bold moves from lawmakers on Capitol Hill."

CWA secretary-treasurer Sara Steffens told Schuhrke that "while there are immediate actions that Joe Biden and his Department of Labor can take to support worker organizing and to protect collective action, the transformative change we need requires action by Congress."

The CWA is part of the coalition pushing lawmakers to pass the Protecting the Right to Organize (PRO) Act. When the Democrat-controlled House passed the bill during the last congressional session nearly a year ago—despite accurate predictions that it would go ignored by the GOP-held Senate—AFL-CIO president Richard Trumka declared, "Make no mistake, this is the most significant step Congress has taken to strengthen labor laws in the United States in 85 years and a win for workers everywhere."