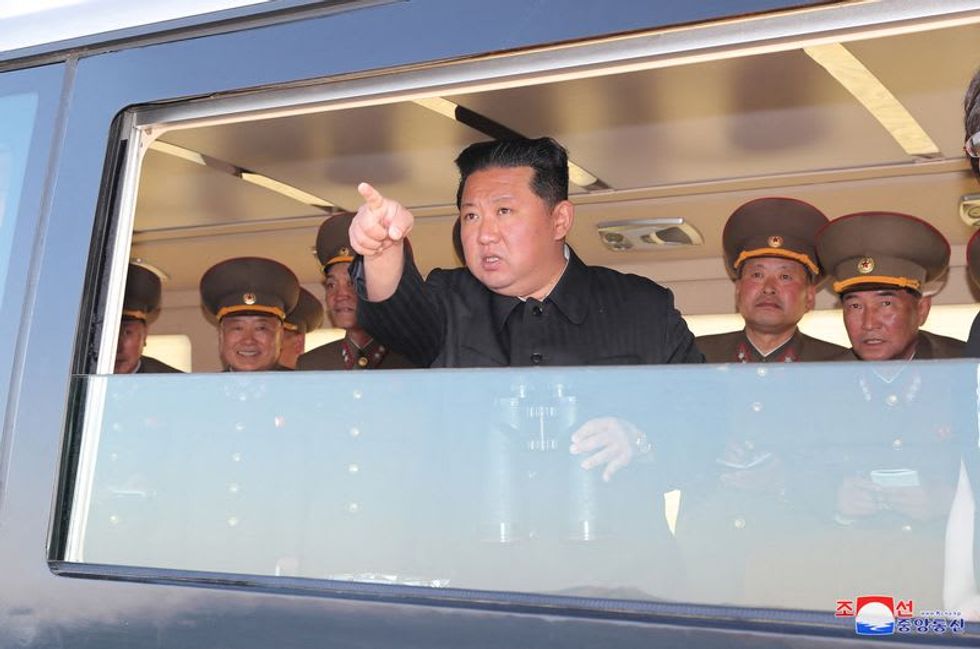 SEOUL (Reuters) - North Korean state media on Sunday trumpeted how the country has gained an "invincible power that the world cannot ignore and no one can touch" under Kim Jong Un, an apparent reference to its nuclear weapons, as Pyongyang prepares for a military holiday.

Monday will mark the 90th anniversary of the founding of the Korean People's Revolutionary Army, and international monitors say North Korea may stage a major military parade or conduct other weapons displays.

North Korea has conducted an unprecedented flurry of ballistic missile tests this year, and American and South Korean officials say there are signs it could resume nuclear weapons testing for the first time since 2017.

A report by state news agency KCNA on Sunday listed the history of North Korea's military achievements, from its battles against the United States in the 1950-1953 Korean War and smaller skirmishes throughout the Cold War to the 2010 bombardment of South Korea's Yeonpyeong island, which hit both military and civilian targets.

The North's military is equipped with offensive and defensive capabilities that can "cope with any modern warfare," KCNA said.

It praised Kim's "genius military ideology and outstanding military command and unparalleled courage and guts," and his leadership in gaining the country's "invincible power."

For weeks commercial satellite imagery has shown thousands of North Korean troops practicing marching in formation at a parade training ground in Pyongyang, the capital.

Analysts had predicted a military parade on April 15, which was the 110th anniversary of the birth of Kim Il Sung, the late communist founder of North Korea, and the nation's biggest holiday, but only a small, civilian "procession" was reported.

Preparations have been ongoing, suggesting a parade could now happen on or around Monday's army holiday, according to 38 North, a U.S.-based programme, and NK News, a Seoul-based website that tracks the North.

North Korea's most recent parades have been held at night, and were used to unveil new weapons, including its largest Hwasong-17 intercontinental ballistic missile (ICBM).