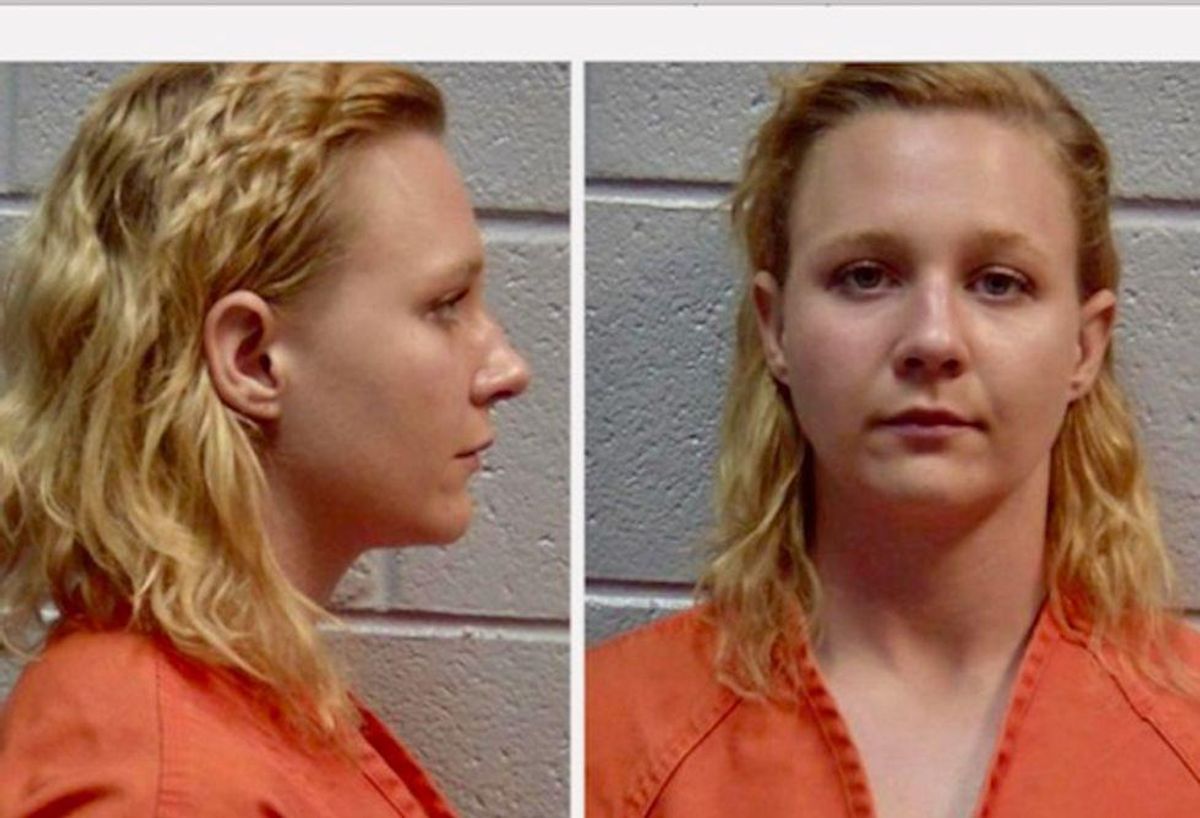 AMY GOODMAN: The former National Security Agency contractor Reality Winner was released from prison Monday. She was arrested in 2017, sentenced to five years in prison under the Espionage Act for leaking classified government information. She worked at Fort Gordon in Georgia as a contractor with Pluribus International, when federal law enforcement agents raided her house after determining she had given reporters at The Intercept a secret document about Russian interference in the 2016 election

Prosecutors told The New York Times she got the longest sentence ever given by a federal court for unauthorized disclosure of government information to the press. Reality Winner was released from the Federal Medical Center Carswell, a prison in Fort Worth, Texas, and will serve the rest of her sentence over the next six months in a halfway house.

Reality's family and legal team say she should receive a pardon and are calling for her sentence to be commuted. Last week, Reality Winner's mother, Billie Winner-Davis, addressed Biden on The Mehdi Hasan Show.

BILLIE WINNER-DAVIS: This really — this is in his hands right now. My daughter has a petition for clemency with the United States pardon attorney. And all it's going to take is for his signature to commute her sentence to bring her home to us. And I believe that she deserves this. You know, the Trump administration persecuted Reality so strongly because of the information that she released. And the continued silence from this administration is a continued persecution.

AMY GOODMAN: For more, we go to Dallas to speak with Alison Grinter Allen, the lawyer handling Reality Winner's commutation and pardon process.

Welcome to Democracy Now! Can you talk about Reality being released, except not to freedom, but to a halfway house? Was her sentence in any way shortened by the White House or the Justice Department, or this was simply her serving out her term as she continues to do in the halfway house?

ALISON GRINTER ALLEN: Thank you, Amy, for having me.

No, this is the normal release process. The last six months of a sentence are usually spent in the reentry process, which includes halfway houses. There's an infrastructure all over the country of halfway houses that help people readjust into normal life after incarceration.

JUAN GONZÁLEZ: And have you been able to speak to Winner after she was released? And do you have a sense that there's still a possibility for a pardon for her?

ALISON GRINTER ALLEN: Well, I have spoken with her. I was fortunate to be there when she was released. She's in good health and excellent spirits.

But the pardon process continues. The fight goes on, regardless of whether she is in prison or not. She is a felon. She will have that on her record for life. And a pardon can still do quite a bit to improve her circumstances.

But we believe that it's more important, probably, for the country. Reality released a document that gave us information that we needed to know at a time that we absolutely needed to know it. And she was in prison not because the information was a danger or put anyone in danger; she was in prison to salve the insecurities of one man, who was concerned about the validity of his election win. And as we saw from the last four years, absolutely nothing could put those insecurities at rest.

JUAN GONZÁLEZ: Could you talk a little bit about exactly what happened? She was arrested by FBI agents in her home in Augusta, Georgia, back in June of 2017, just a couple of days after The Intercept published an exposé. Could you talk about that?

ALISON GRINTER ALLEN: Yes. Armed FBI agents came to her house and interrogated her in her own home, largely in order to avoid the idea that it was a custodial interrogation. They did not provide her with her Miranda rights or an attorney, and they — eventually, she admitted that she was the one who had leaked the document, and she never saw the light of day again. She was incarcerated, denied pretrial release and basically forced into a plea agreement for the longest sentence ever given for a release of classified information to the media.

AMY GOODMAN: Let me ask you about a Justice Department official who's leaving. This according to AP: The Justice Department is tightening its rules around obtaining records from members of Congress, Attorney General Merrick Garland said, amidst revelations the department, under Trump, had secretly seized records from Democrats and members of the media. Garland's statement came as a Justice Department official said the top national security official, John — I think it's — Demers, planned to leave by the end of next week. He was sworn in a few weeks after the subpoena of the Democrats' records, one of the few Trump appointees who's remained in the Biden administration. What's his involvement with Reality's case?

ALISON GRINTER ALLEN: Well, his involvement is pretty crucial in Reality's case. But it's certainly not him. It's fairly clear that the national security arm of the DOJ was very willing to be political. National security at DOJ was running her entire prosecution. Everything was coming from Washington. And it was very clear from the beginning that this was going to be basically something that could be made an example of, that Reality could be made an example of and shown around to ice any kind of release of confidential information, especially information that embarrassed the president.

JUAN GONZÁLEZ: And in terms of this issue of embarrassing the president, wasn't The Intercept article that supposedly Reality provided documents for — there was an NSA report from May of 2017 that showed that the agency was convinced that the Russian General Staff Main Intelligence Directorate, or the GRU, was responsible for interfering in the 2016 presidential election?

AMY GOODMAN: Any other message for the Biden administration, Alison?

ALISON GRINTER ALLEN: This is a wrong that can be set right. And for the health of the country, I think it needs to be. We're living in such a divided society, and we are not going to be able to start healing until we forgive our truth tellers. And a pardon for Reality is an excellent first step for the country to start healing and putting this right.

AMY GOODMAN: Well, Alison Grinter Allen, I want to thank you so much for being with us, attorney for Reality Winner, who's just been released to a halfway house, will serve out her term 'til November there unless pardoned or sentence commuted.

I want to end with the legendary whistleblower Daniel Ellsberg, the former defense analyst who leaked the Pentagon Papers in 1971, 50 years ago this week. We spent the hour with Dan Ellsberg Monday on Democracy Now! and afterwards continued to talk to him and asked him about the former U.S. intelligence analyst Daniel Hale, who was unexpectedly arrested and jailed ahead of his sentencing, which is scheduled for July 13th. In March, he pleaded guilty to one count of violating the World War I-era Espionage Act for leaking classified documents about the secretive U.S. drone and targeted assassination programs. This is Ellsberg speaking about Daniel Hale.

DANIEL ELLSBERG: I think what he did was very admirable. And it was not only simply passing on some documents or some information, but really carrying on, as he should, a campaign against the murderous aspect of this campaign. He acted very admirably, in a way that very, very few officials have ever done in showing the moral courage to separate themselves from criminal activities and wrongful activities of their own administration, and resist them, as well as exposing them. So, I would say he's a particularly admirable person, especially one that should not be put in prison for this.

AMY GOODMAN: To see the full hour with Dan Ellsberg, as well as our post-show interview, you can go to democracynow.org.

Next up, we turn to the historian Stephen Wertheim. As the NATO summit wraps up, he writes an op-ed piece in The New York Times headlined "Sorry, Liberals. But You Really Shouldn't Love NATO." Stay with us.