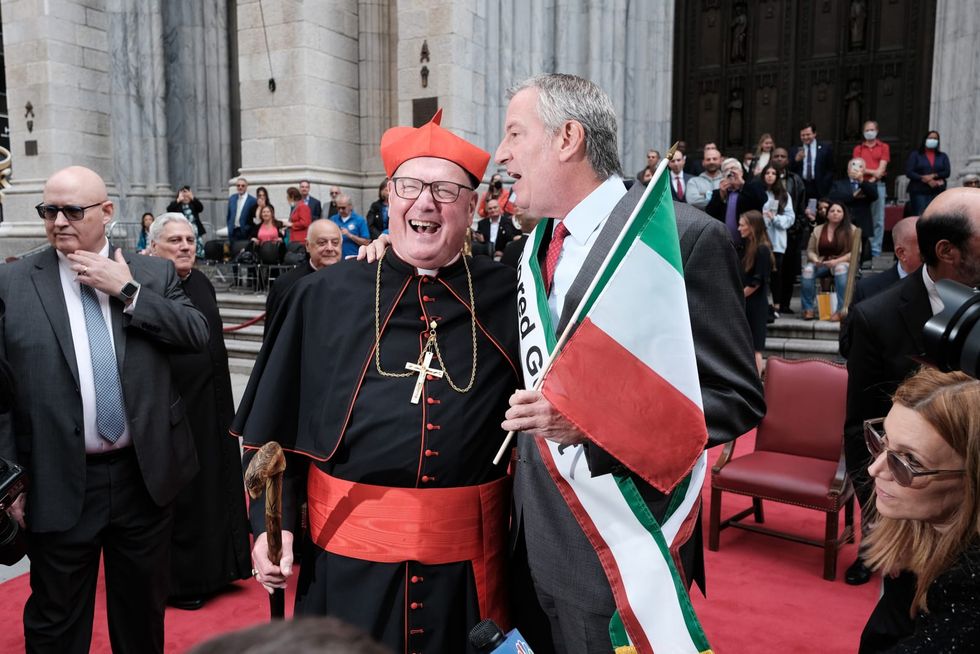 NEW YORK — Cheers, and a few jeers, echoed down Fifth Avenue on Monday as Gov. Kathy Hochul and Mayor Bill de Blasio joined thousands of New Yorkers for the return of the annual Columbus Day Parade. De Blasio drew boos from the crowds lining the parade route as the celebratory event marked the first large-scale Manhattan march since the start of the pandemic. At 46th Street, a woman in a black mask yelled “F--k you, a--hole! F--k you, de Blasio. F--k you, de Blasio!” “Drop dead in your bed tonight,” someone shouted at the mayor near the corner of 48th Street, a sure sign that the city is retur...