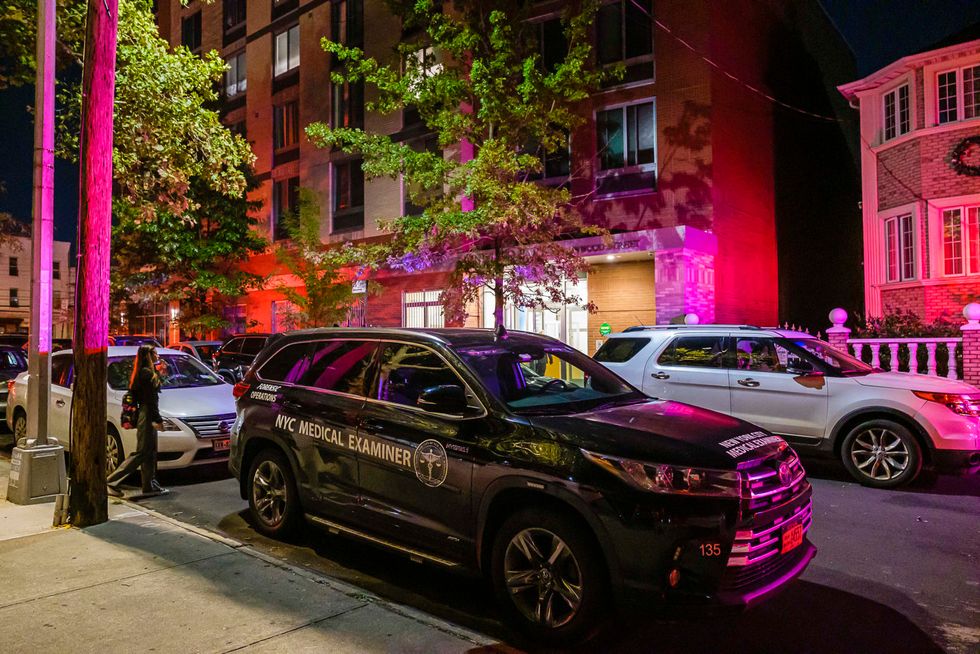 A ghoulish New York City Medical Examiner worker stole an $800 Louis Vuitton bag from a dead man he was transporting to the morgue, city investigators and prosecutors said Tuesday. Trevor Rheams, 49, is facing up to a year in jail after allegedly swiping the bag from the dead man’s Manhattan home just before he zipped him up in a body bag. Rheams was called to the First Ave. apartment near E. 40th St. in Midtown on Aug. 9 after the tenant had died, cops said. A responding NYPD officer’s body-worn camera recorded the bag in the kitchen before Rheams arrived. Rheams was alone in the apartment fo...