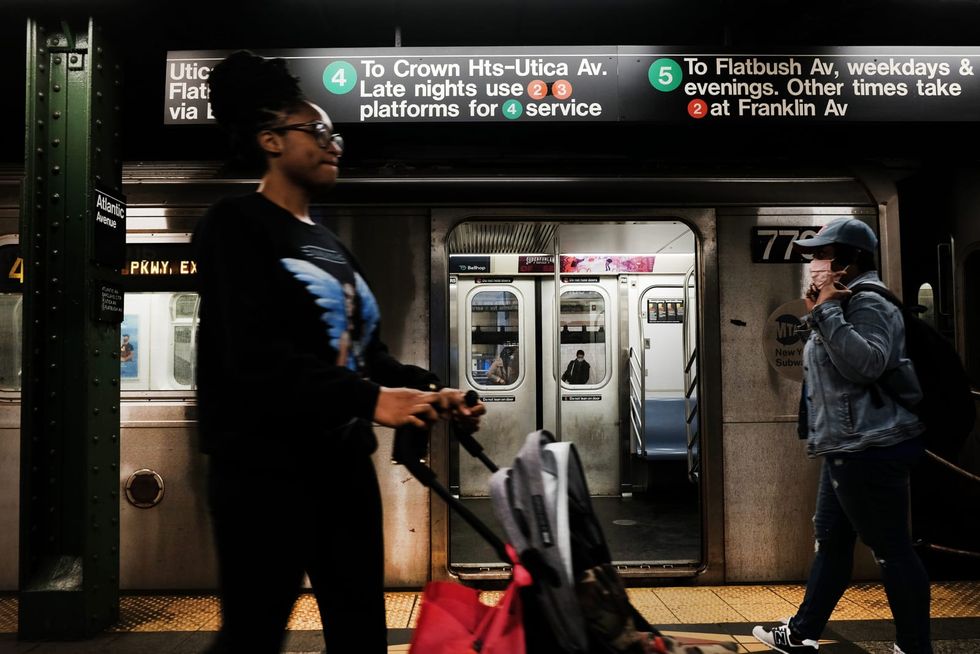 People walk through a Brooklyn subway station a day after a man shot numerous people on a Manhattan- bound train in the Sunset Park neighborhood of Brooklyn, on April 13, 2022, in New York City. - Spencer Platt/Getty Images North America/TNS

Video feeds from security cameras at a trio of Brooklyn subway stations failed as workers tried to fix problems with their hardware less than 24 hours before a crazed gunman lit up a train full of straphangers last month, MTA officials say. A letter sent by Metropolitan Transportation Authority Chairman Janno Lieber to members of Congress late Monday offers more detail as to why faulty video systems prevented the NYPD from obtaining images of alleged shooter Frank James after the terrifying April 12 attack wounded 10 and injured 13 others on a rush hour N train. NYPD officials last month said ...

Drought blamed for dozens of cow poisoning deaths in Italy

An Italian farm became an open-air morgue earlier this month after around 50 cows were poisoned by young sorghum plants, an accident experts blame on drought.

The Piedmontese cattle on the farm in Sommariva del Bosco, near Turin in northwest Italy, died suddenly due to acute prussic acid poisoning on August 6, according to the local IZS animal welfare body.

Trump picked 'a bunch of rotten crudités' to run for Senate — and GOP is paying the price: Dem strategist

With President Joe Biden's approval rating stuck in the low 40s, Republican Senate candidates should in theory be having an easy time with raising money and putting their Democratic rivals on the defensive.

However, as Politico's Playbook notes, this has not been the case, as several Trump-backed Republican Senate candidates have struggled to gain traction in what should be a favorable political environment.