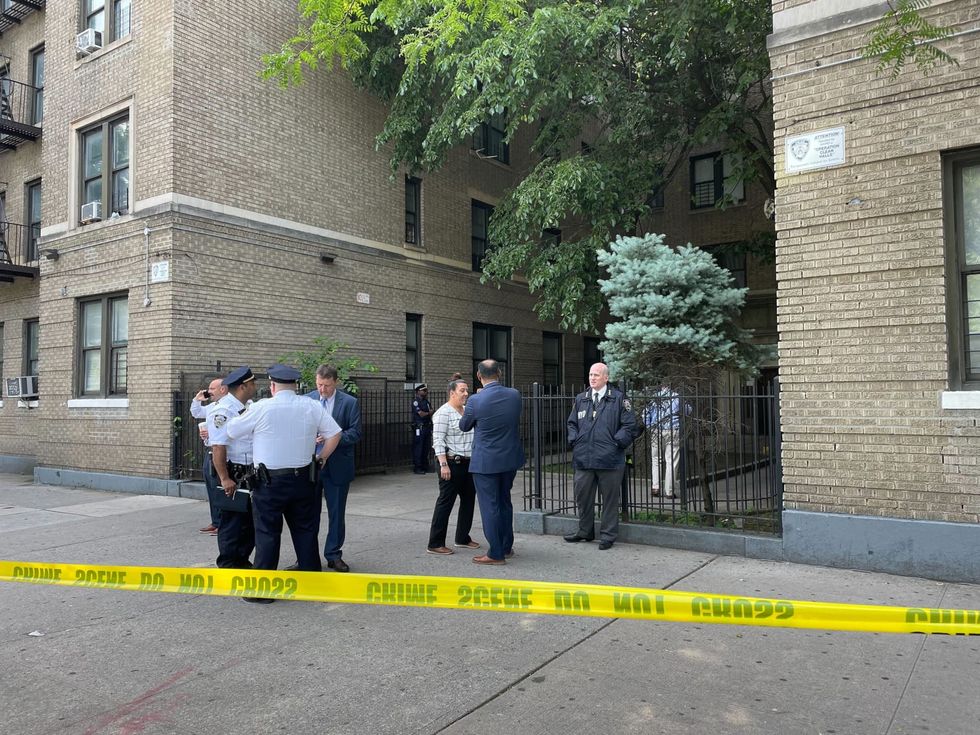 NEW YORK — A New York Police Department officer was stabbed to death by her estranged husband in her Bronx apartment early Monday, police said. The 31-year-old victim was off duty when she was stabbed multiple times all over her body inside her home on the Grand Concourse near E. 156th Street about 2:50 a.m., authorities said. Medics tried to save her but she died at the scene. Her name was not immediately released. Her 34-year-old husband, who lives elsewhere, later turned himself in and is being questioned. Charges against him were pending. Sources describe him as her ex, but it wasn’t immed...

A Florida high school teacher was fired after he was caught on video berating a student who wouldn't stand for the Pledge of Allegiance, the Brandenton Herald reports.

Art teacher Robert Reiber yelling that student for "sitting on your butt" as the Pledge was recited. “Don’t shake your leg,” he continued. “If you wanna do something, get up and do it. I’ll defend my country til the very end.”