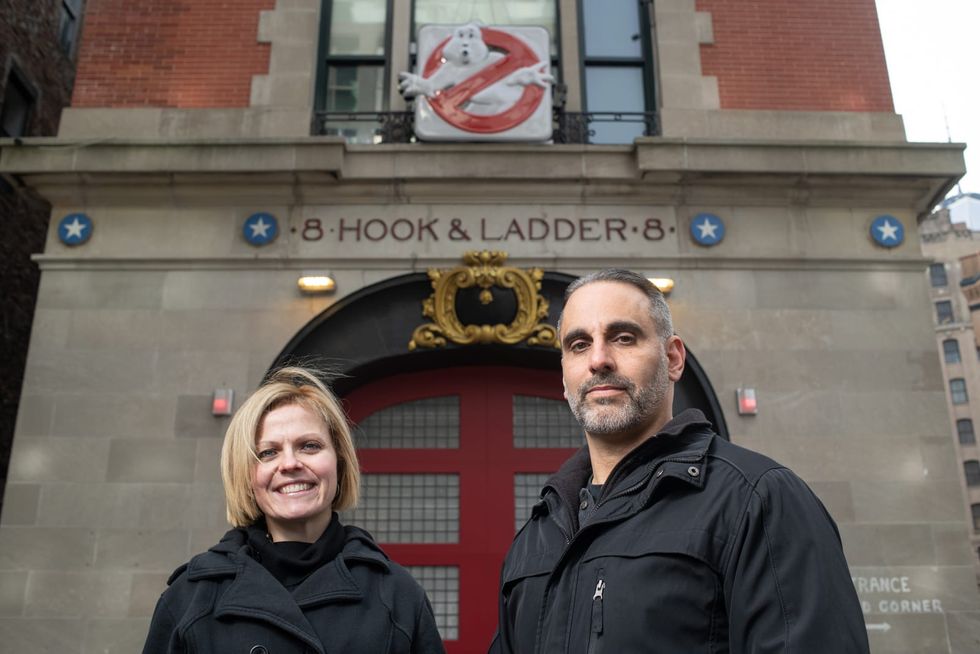 NEW YORK — New York Police Department Officer Christopher DeFlorio works two beats — one in the 32nd Precinct, and the other on a higher plane. The 18-year police veteran, who’s helped plenty of New Yorkers as a crimebuster, says nothing compares to the satisfaction of his work fighting Satan in the name of God as a religious demonologist. “I always felt I had a higher calling,” DeFlorio told the Daily News outside the Tribeca firehouse famously featured in the “Ghostbusters” movies. “And to me this is the highest calling you can have.” DeFlorio said there’s nothing funny or wacky about his wo...